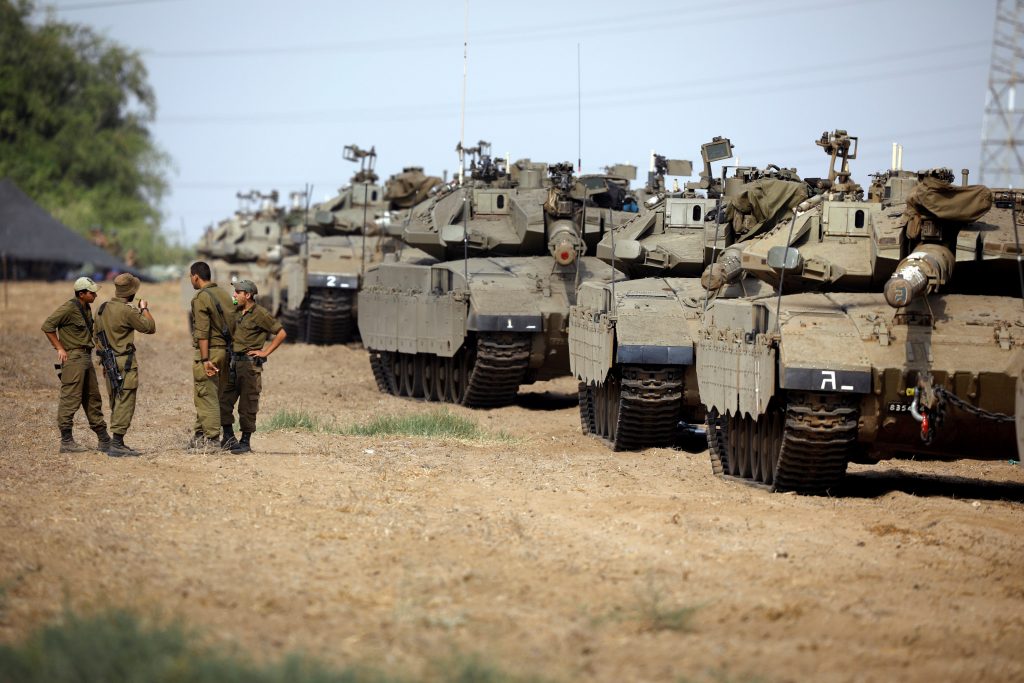 Israel ramped up its armored forces along the Gaza border on Thursday in a daylight show of force, a day after a Palestinian rocket destroyed a home in Beersheva.

With the deployment clearly visible from main Israeli roads near the Gaza Strip, senior Egyptian security officials met leaders of the enclave’s ruling Hamas to try to calm tensions.

Hamas and the smaller Islamic Jihad denied firing the rockets.

Much may depend on the scope and intensity of a planned Palestinian protest at the border with Israel on Friday, where often violent demonstrations have been held over the past six months.

A Reuters photographer counted some 60 tanks and armored personnel carriers at a deployment area near the border, calling it the largest number he has seen there since the 2014 war between Israel and Hamas.

In Gaza, a Palestinian official said the Egyptian delegation was also in contact with Israeli leaders to curb the current tensions.

“The situation is delicate. No one wants a war,” he said.

Meanwhile on Thursday, aviation authorities took the precaution of changing routes for landing at Ben-Gurion Airport in view of the volatile security situation. However, the changes were not expected to affect flight schedules.