World U.N. Syria Envoy to Try to Move on Constitution Before Leaving
World 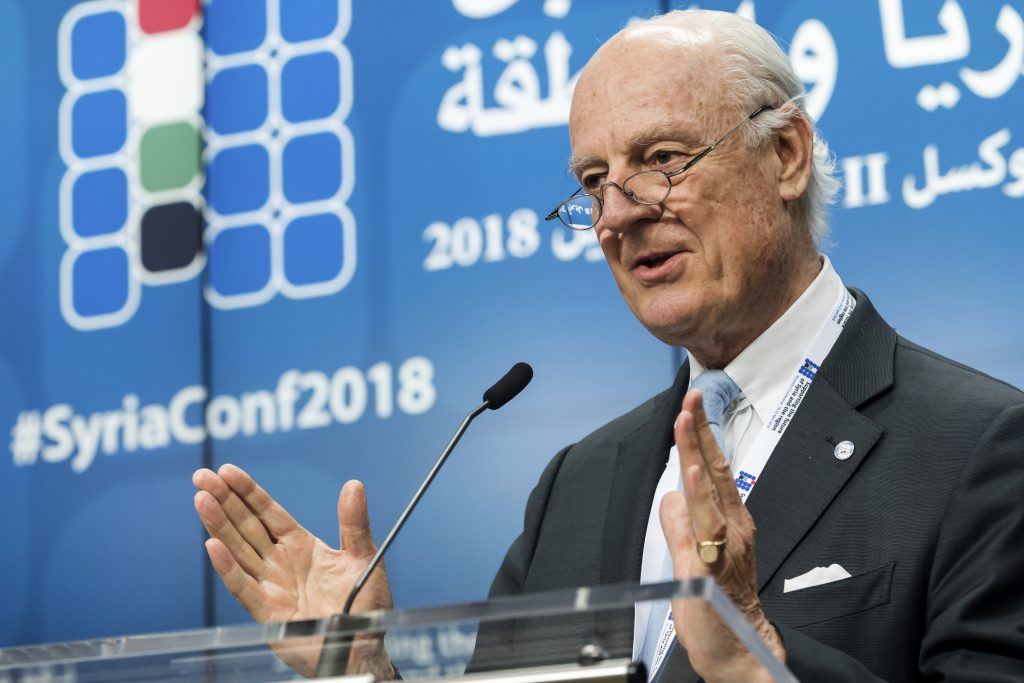 U.N. special envoy Staffan de Mistura said Wednesday he will be making an intensive effort to get agreement on a committee to draft a new constitution for Syria before he steps down at the end of November.

De Mistura announced he is departing for “purely, purely personal reasons” after four years and four months in one of the toughest U.N. jobs after telling the Security Council that objections by the Syrian government are still holding up the launch of the committee.

He reiterated that there is agreement on the 50-member government and opposition delegations for the drafting committee — but the government objects to a third 50-member delegation that the U.N. put together representing Syrian experts, civil society, independents, tribal leaders and women.

De Mistura said he has been invited to Damascus next week to discuss the committee’s formation and will report back to the council and be able “to issue invitations to convene the constitutional committee, hopefully during November.”

“I offer no predictions whether this is possible,” he said. “What I do know is that after nine months of preparations it is important to launch a credible, constitutional committee.”

But during last month’s high-level General Assembly meeting, he said Syrian Foreign Minister Walid Moallem “strongly cast doubt” on the agreement reached in Russia’s Black Sea resort of Sochi in January to draft a new constitution and called for a “fundamental reassessment” of the 50-member delegation the U.N. was authorized to put together.

De Mistura said Russia and Iran, which back Syrian President Bashar Assad’s government, have also called that list “into question.”

Looking at the Syrian situation more broadly, he said, “a catastrophe” has been averted in the last rebel stronghold of Idlib following the Russia-Turkey deal and “major strides have been taken in defeating terrorism.”

He echoed the presidents of Russia and Turkey, who said the Idlib deal offered a political window and opportunity for the constitutional committee to be formed and start work.

“The U.N. has done all that it can and frankly more to find a way to convene a credible and balanced constitutional committee,” de Mistura said.

“We are ready to do more and in an accelerated way during the forthcoming months, taking advantage of the Idlib window of opportunity,” he said. “But we are not ready to convene a committee that is not credible and balanced.”