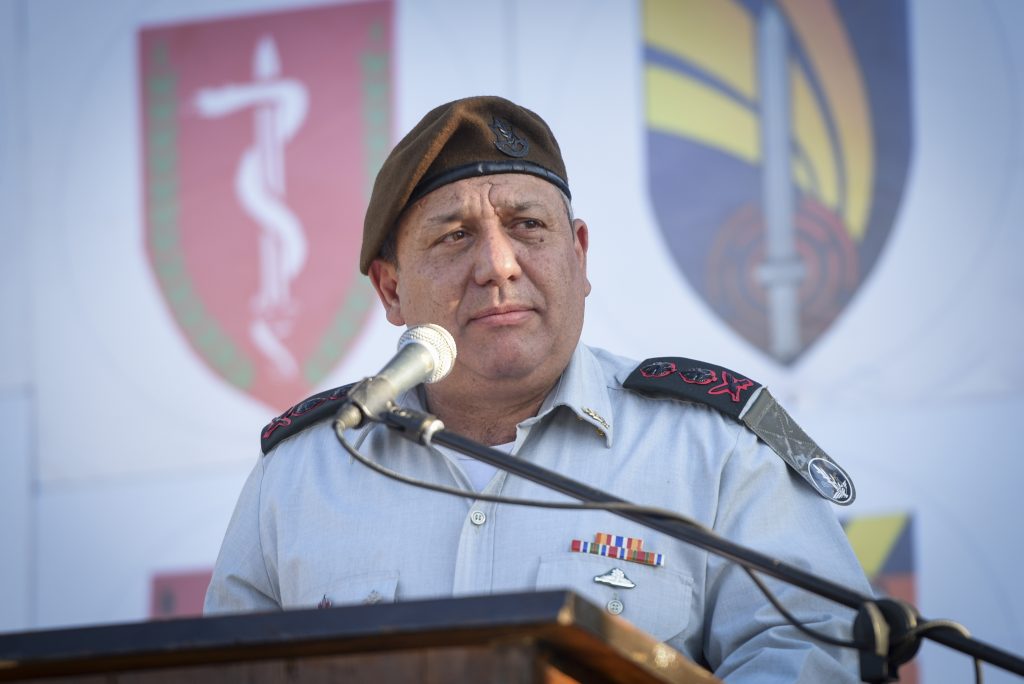 According to a report by Kan on Tuesday, IDF Chief of Staff Lt.-Gen. Gadi Eisenkot met with Saudi Arabia’s Chief of Staff Gen. Fayyad bin Hamed al-Ruwaili while in Washington for the Counter-Violent Extremist Organizations conference for military commanders. The two met and discussed numerous regional issues, including Iran, which is a common foe to the two countries, the report said.

This is the second consecutive year that the two officers attended the Counter-Violent Extremist Organizations conference.

Last November, following Eisenkot’s first participation in the conference, he gave an unprecedented interview to the Saudi Elaph newspaper and offered to share Israeli intelligence about Iran with Saudi Arabia, telling the newspaper that what he heard from the Saudis about Iranian expansion was “identical” to Israeli concerns.

“We are ready to exchange experiences with Saudi Arabia and other moderate Arab countries and exchange intelligence to confront Iran,” he said, adding that “there are many shared interests between us and Saudi Arabia.”

While Israel has no official ties with Saudi Arabia or Bahrain, the relationship with the Gulf States has grown stronger in recent years, in large part due to the shared threat of Iran’s expansion across the region.

Meanwhile, Eisenkot canceled his meetings in the United States and returned to Israel from New York on Tuesday night, due to the rocket attacks in southern Israel.

He also canceled his scheduled participation in an IDF dedication ceremony, which is to take place on Wednesday evening.