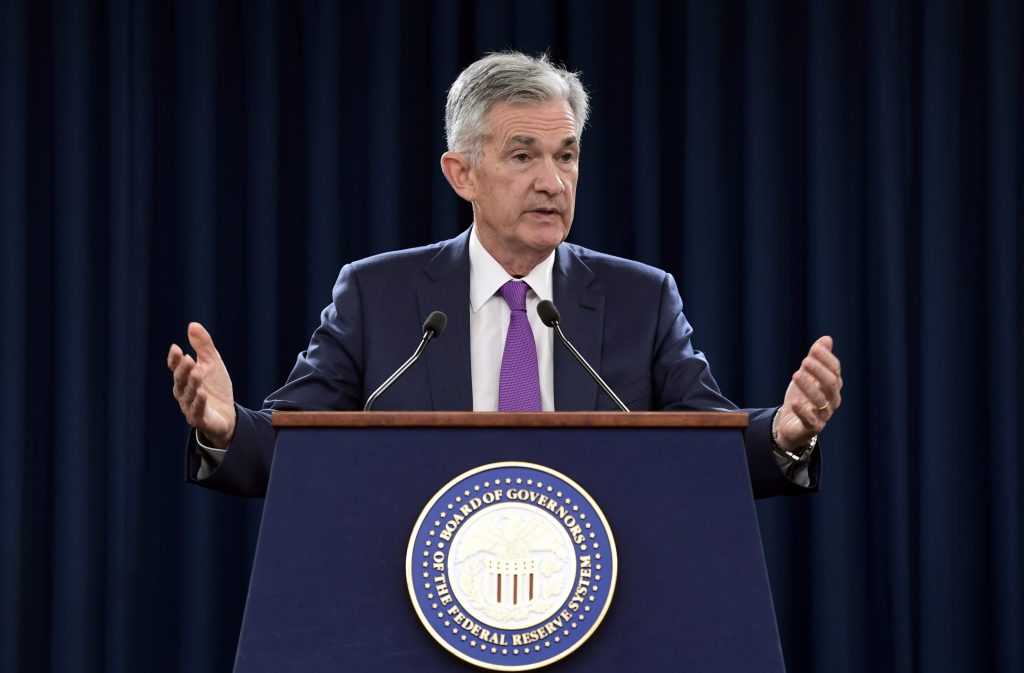 Federal Reserve officials last month debated how high they should raise interest rates to achieve their economic goals, with some arguing that they may need to lift rates to a level that would modestly restrain growth.

The discussion, revealed in minutes of the Sept. 25-26 meeting released Wednesday, shows that a few participants believed that the Fed’s key interest rate would need to “become modestly restrictive for a time” to guard against inflation climbing too high.

However, other officials argued that they would not favor adopting a restrictive policy “in the absence of clear signs of an overheating economy and rising inflation.”

The minutes did not indicate that officials had reached a conclusion, but they did show that all Fed officials favored gradual rate hikes in response to a strong economy and low unemployment.

At the September meeting, the Fed boosted its key policy rate for a third time this year. The move was immediately criticized by President Donald Trump, who said he was not happy with the continued rate hikes.

The president has stepped up those attacks in recent weeks, going so far in an interview Tuesday as calling the Fed’s rate hikes “my biggest threat.”

Trump’s criticism intensified after last week’s big stock market tumble, which has been partially reversed this week. Analysts have pointed to rising interest rates, which can make stocks a less attractive investment.

The Fed minutes did not include any discussion of Trump’s attacks. Powell, who was tapped as Fed chairman by Trump after he decided not to offer Janet Yellen a second term, has said the central bank will not be influenced by outside criticism but will continue to do its job of managing the economy to promote maximum employment and stable prices.

The Fed released an updated economic forecast at the September meeting. The median view of all Fed officials was that rates should be increased one more time this year and three times next year and a final quarter-point rate hike in 2020. At that point, the policy rate would be at 3.4 percent, according to the median of Fed officials’ individual forecasts. That would put it above the 3 percent level which the Fed currently pegs as its “neutral rate.” The 3 percent level is the point where officials believe Fed policy is neither boosting growth or holding it back.

The minutes showed that officials were generally pleased with how the economy is unfolding this year, with strong job growth and inflation hovering near the Fed’s 2 percent goal. The minutes noted that the tax cuts Trump had pushed through Congress late last year along with the spending increases Congress approved at the beginning of this year were boosting economic activity.

The minutes did note concerns about the impact of Trump’s get-tough trade policies, citing business contacts who expressed worries about lost markets and rising prices for steel and aluminum.