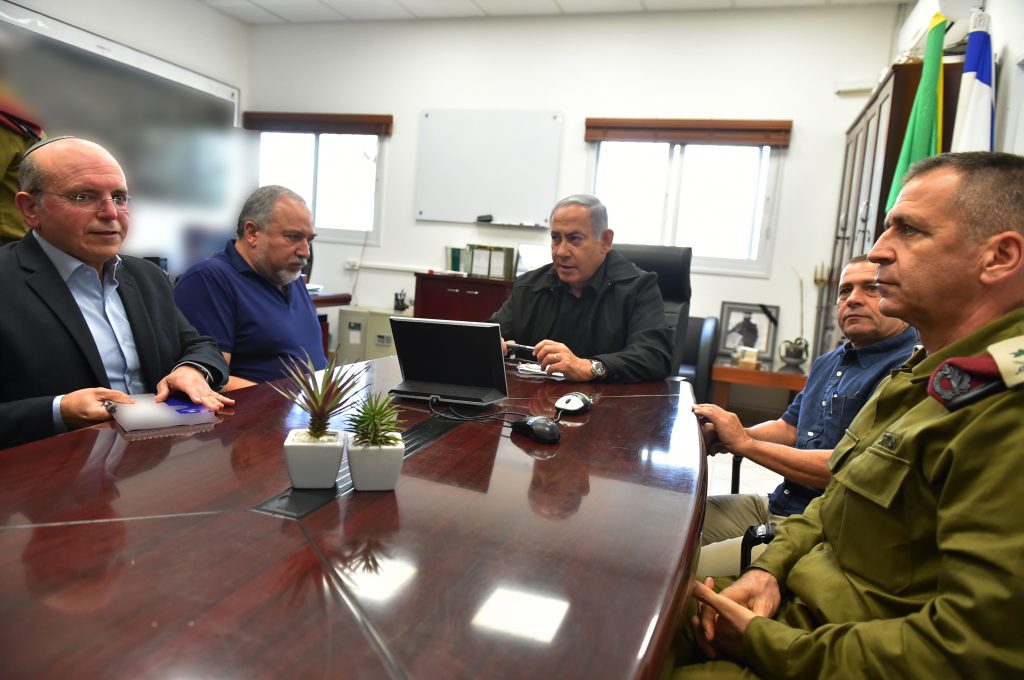 Prime Minister Binyamin Netanyahu repeated a warning to Hamas to halt its provocations after a security assessment on Wednesday.

“I have just finished an assessment with the heads of the IDF and the security establishment senior leadership. Israel views with utmost gravity the attacks against it on the fence, on the area adjacent to the Gaza Strip, on Be’er Sheva — everywhere. I said, at the start of the weekly Cabinet meeting, that if these attacks do not stop — we will stop them.

“I want to tell you today as well — Israel will take very strong action,” he said.

In anticipation of a imminent, large-scale operations against them, Hamas heads in Gaza went into hiding according to reports in the Palestinian media. They said they have evacuated police stations and instructed their fighters to abandon their outposts in the Strip.

Netanyahu toured the command center where he met with the look-outs who, this morning, identified the launch cell that was stopped by the IDF, and expressed appreciation for the work and activity of the command center, said a statement released by his office.

Meanwhile, deployment of the Iron Dome air defense system was ordered for the Beersheva area after a rocket hit the city earlier in the day.

“An Iron Dome battery will be set up in the Beersheba area in the coming days, perhaps even tonight,” deputy minister Eli Ben Dahan told the Knesset, according to The Times of Israel.

Ben Dahan was responding to a question about the IDF Home Front Command’s preparedness for war in the south.

Also on Wednesday, the European Union called on Palestinian terrorists to stop rocket and mortar fire from Gaza at Israel:

“The rocket and mortar fire by Palestinian militants from Gaza towards Israel must stop immediately,” the European Commission said in a statement. “Indiscriminate attacks against civilians are completely unacceptable. The first priority now is for de-escalation.”