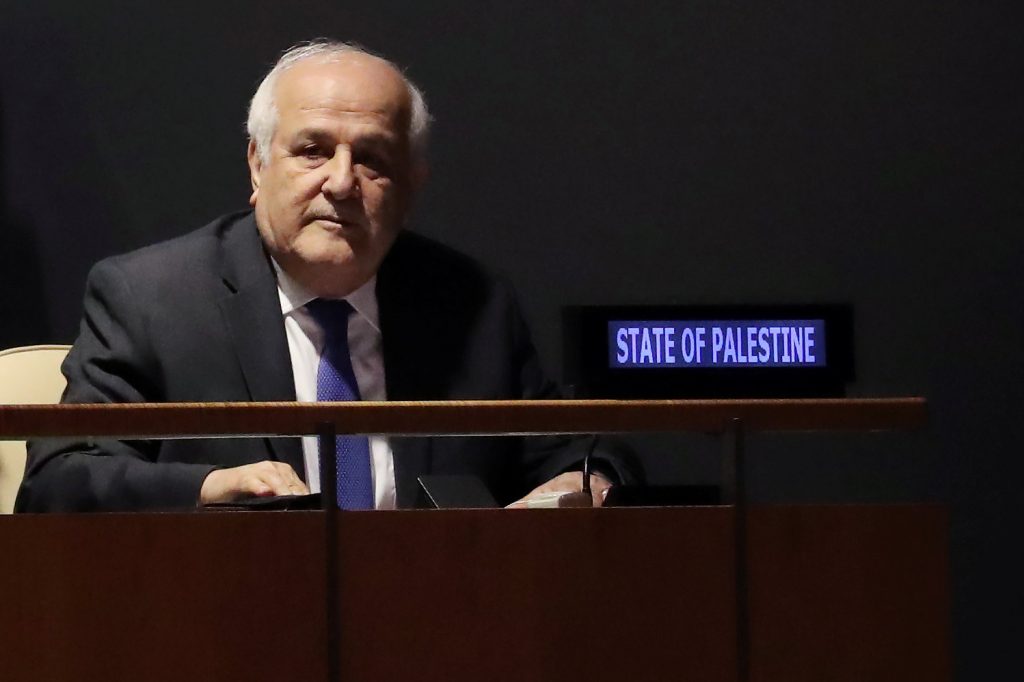 The U.N. General Assembly has overwhelmingly approved a resolution that will enable the Palestinians to chair the major group of developing countries at the United Nations in 2019, ignoring protests from the United States and Israel.

Egypt, chair of the so-called Group of 77, said before Tuesday’s vote that because the Palestinians are from a non-member observer state at the U.N., a resolution is required to give it “the rights and capacity required” to head the 135-nation group that includes China.

The resolution was approved by a vote of 146-3 with Australia joining the U.S. and Israel in opposing the measure with 15 abstentions.

Riyad Mansour, the Palestinian U.N. ambassador, said after the vote that “the state of Palestine will spare no effort to prove worthy of this trust.”