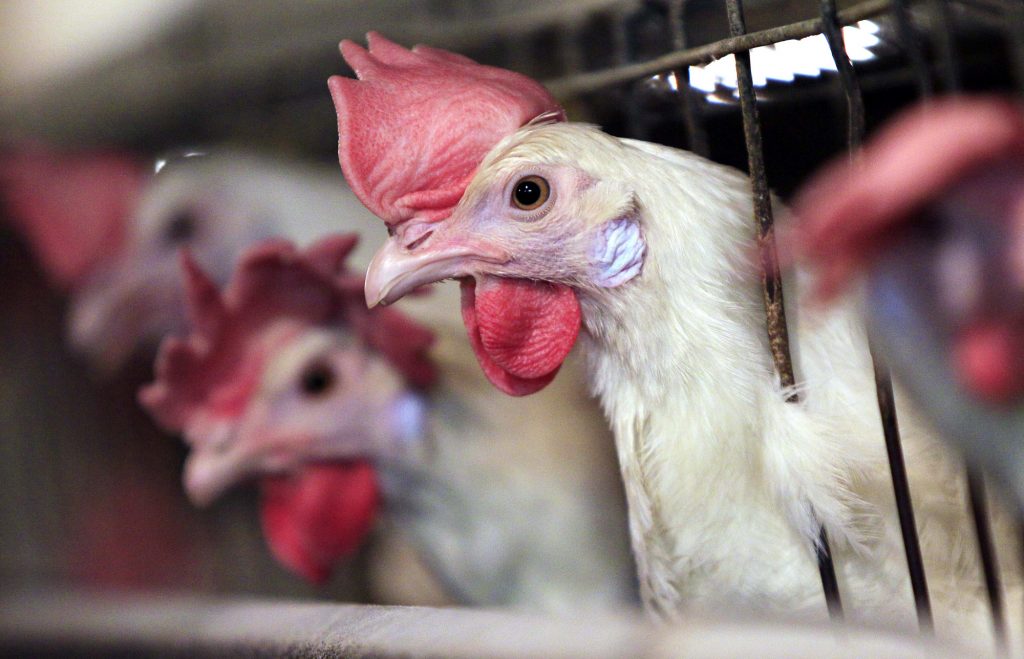 Which came first, the chicken or the trade war?

Well before President Donald Trump began slapping tariffs on steel, aluminum and other imported goods, there was a deal with South Africa that gave U.S. chicken producers duty-free access to a market that had effectively been shut to them for years.

But that trade deal, worth tens of millions of dollars to American businesses, now is being threatened by Trump’s metal tariffs.

A group of senators from chicken-producing states — Democrat Chris Coons of Delaware and Republicans Johnny Isakson of Georgia and Roger Wicker of Mississippi — have detailed their concerns in a recent letter to Commerce Secretary Wilbur Ross. They cite a lawsuit in South Africa that aims to end duty-free imports of American chicken unless South Africa is exempted from Trump’s metal tariffs.

The dispute illustrates the risk Trump runs by employing tariffs so aggressively. The president has wielded the import taxes — real and threatened — as part of a campaign to force countries like Mexico and Canada into trade pacts with terms he considers more favorable to the United States. But along with Trump’s confrontational approach is the potential fallout for American companies and consumers, as countries take retaliatory action.

And it’s also a reminder of how much clout the poultry industry has in certain states. In Delaware, where industry titans Mountaire Farms and Perdue Farms operate processing plants, chicken accounts for 70 percent of the state’s cash farm income, according to the Delmarva Poultry Industry, a trade association in Georgetown, Delaware.

U.S. Agriculture Department data show that Georgia leads all states in the production of chickens raised specifically for meat production; 1.3 billion “broilers” were produced there in 2017. And in Mississippi, where there are more than 1,400 poultry farms, the industry contributed $2.5 billion to the state’s economy last year, according to the Mississippi Farm Bureau.

The U.S. used to be the largest supplier of bone-in chicken parts to South Africa. But in the late 1990s, South Africa’s influential poultry industry grew alarmed over the growing amount of imports. Poultry is South Africa’s largest individual agricultural industry and chicken farmers flexed their muscle by successfully pushing the South African government to impose antidumping duties on American chicken. Exports fell to almost zero.

Then, in 2015, the two countries partly resolved their differences through the renewal of a U.S. trade law intended to stoke economic growth in sub-Saharan Africa. Under the terms of the arrangement, South Africa agreed to permit an annual import quota of 65,000 tons of bone-in chicken parts from the United States.

Coons and Isakson, co-chairmen of the Senate Chicken Caucus , played a central role in securing the agreement by pressuring South Africa to end the duties.

South Africa has become the eighth largest export market for U.S. chicken producers since the agreement was finalized. Between January and July, exports to South Africa totaled $55 million, according to Tom Super, spokesman for the National Chicken Council, a Washington lobbying group. Mexico is by far the No. 1 overseas market for American chicken, with $300 million in exports during the same period.

Still, the sales to South Africa have helped to offset a portion of the overseas market for chicken lost over the last four years. China has since 2015 been closed to American poultry and eggs after outbreaks of avian influenza. And Russia banned U.S. poultry after the U.S. imposed sanctions for Moscow’s 2014 annexation of Crimea and military intervention in Ukraine.

“Every bit is important,” said Jim Sumner, president of the USA Poultry and Egg Export Council, a trade association outside Atlanta.

The senators, in their Sept. 21 letter to Ross, warned the deal could be in peril because of a lawsuit filed in August by the South African Poultry Association that aims to force government officials in Pretoria to end the deal. The lawsuit contends duty-free imports of U.S. chicken shouldn’t be allowed if Washington is going to force South Africa to pay the 25 percent tariff on steel and the 10 percent tariff on aluminum.

Coons, Isakson and Wicker urged Ross to exempt South Africa from the metal tariffs in order to preserve the chicken deal. If the tariffs are off the table, the thinking goes, then there’s no basis for the lawsuit.

A Commerce Department spokesman said the agency would address the senators’ concerns in a response but declined to comment further.

South African officials have been pushing for months to be excluded from the metal tariffs. They’ve argued that only a fraction of the steel and aluminum that the U.S. imports comes from South African mills, which means they’re no threat to American industry.

Malose Letsoalo, chief of the economic and commercial section at the Embassy of South Africa in Washington, said the Trump administration hasn’t given them an answer.

As for the lawsuit, Letsoalo said “the matter is before the courts.”