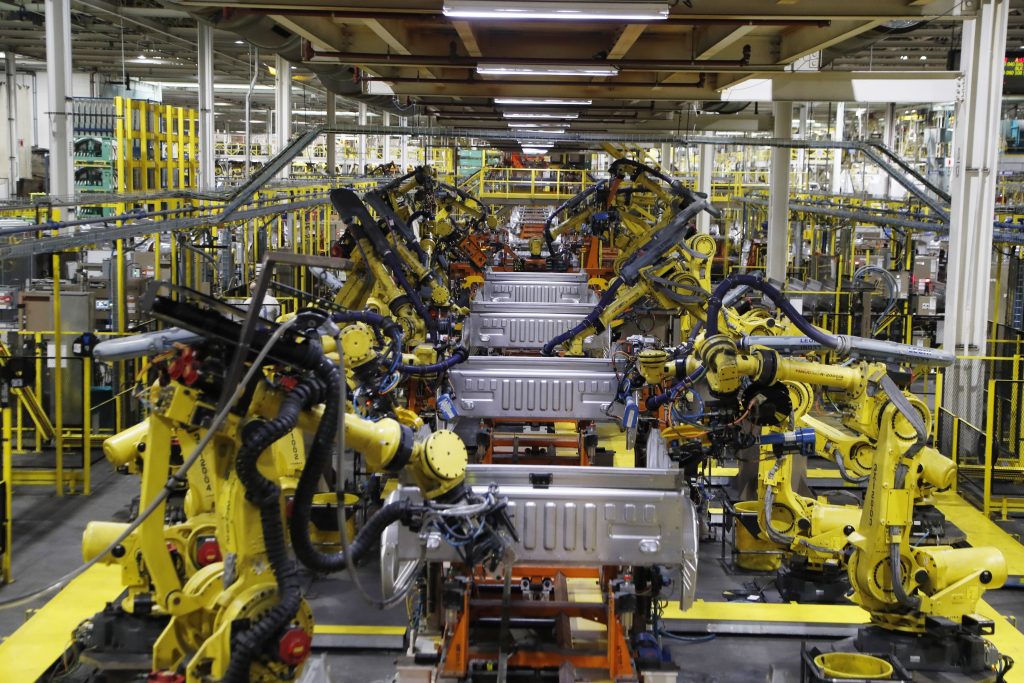 U.S. industry expanded again in September despite the impact of Hurricane Florence.

The Federal Reserve said Tuesday that industrial production, which includes output at factories, mines and utilities, rose 0.3 percent last month. It was the fourth straight increase. The Fed said that Florence reduced September output growth by less than 0.1 percentage points.

Over the past year, industrial production rose 5.1 percent.

The increase was slightly higher than economists had expected and offered more evidence that the U.S. economy is in good health. Overall economic growth reached 4.2 percent from April through June, fastest in nearly four years. The U.S. unemployment rate has dropped to 3.7 percent, lowest since 1969.

Led by autos and wood products, factory production rose 0.2 percent in September, slowest growth since a drop in May. Manufacturers are contending with a strengthening dollar that makes their products more expensive in foreign markets.

Mining production rose 0.5 percent, eight straight increases. Mining output, which includes oil and gas producers, has surged 24 percent since 2016 as oil prices rebounded from a slump and is up 13.4 percent over the past year

Utility output was flat last month and is up 5.4 percent since September 2017.