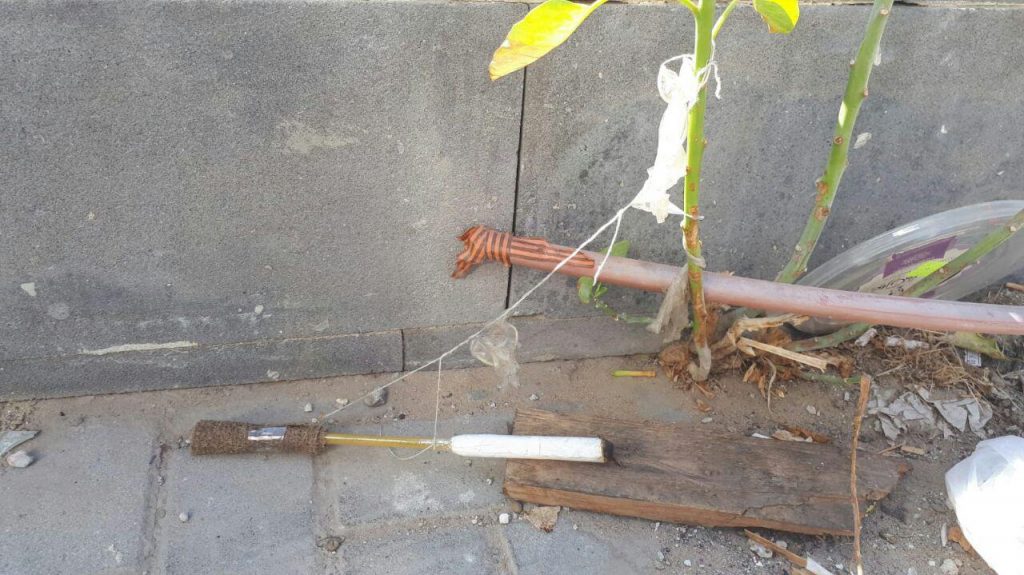 Yet another terror balloon was found in the center of the country Tuesday – this time in Lod. Bomb squad experts were able to bring down the balloon spotted in one of the city’s neighborhoods and to defuse the explosives attached to it without incident.

Earlier, two explosive devices were defused, attached to a cluster of balloons seen in the Ashkelon area.

In recent days, balloons have been spotted in Yerushalayim, Modiin, Rishon LeTzion, Bat Yam, and other locations far from the Gaza border – an indication that terrorists in Palestinian Authority-controlled areas, or even in Arab towns inside Israel proper, were carrying out these attacks as well.

In response, Yisrael Hayom reported, the Education Ministry has in recent days sent out instruction sheets to schools in Yerushalayim and the center of the country, with directions to teachers on leading discussions on the threat posed by terror balloons and kites.

Teachers in elementary and junior high grades are instructed to discuss the phenomenon with students, and emphasize that students are not to approach kites or balloons that land near them. They should be treated like all suspicious objects, and authorities should be alerted. Similar instruction sheets were sent out several months ago to schools in southern Israel, and with the expansion of the attacks to other parts of the country, the Ministry has expanded the scope of distribution of the instructions, the report said.

The report quoted parents as saying that they feared that the discussions would cause panic among children. “I have a child in elementary school and I don’t know what to tell her,” one mother said. “Do I have to make her scared of balloons now? She might panic when she goes to a friend’s birthday party.” The Ministry had no comment, the report added.