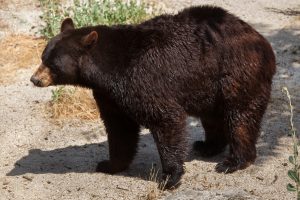 A total of 139 bears were killed during the six days of New Jersey’s annual black bear hunt, a steep drop — as anticipated — from last year’s total following restrictions imposed by the governor.

Democratic Gov. Phil Murphy this year barred bear hunting on state-owned lands, removing roughly 40 percent of the lands where bears were hunted over the past eight years. Hunting was still allowed on land owned by the federal government, counties, municipalities or private properties.

The first three days were reserved for bow hunting, while both hunting with bows and muzzle-loading guns were allowed during the last three days.

Murphy has said that New Jersey will pursue more nonlethal methods to manage the state’s black bear population. He said last year he would seek to stop the hunt, but later said he doesn’t have the power to unilaterally call it off.

Groups that favor hunting have challenged the governor’s executive order in court. It’s unclear how many bears were killed this year on private property or publicly-owned land.

State officials call the hunt needed to maintain the population and increase public safety following reports of more close encounters with the animals. Critics call it a recreational trophy hunt.