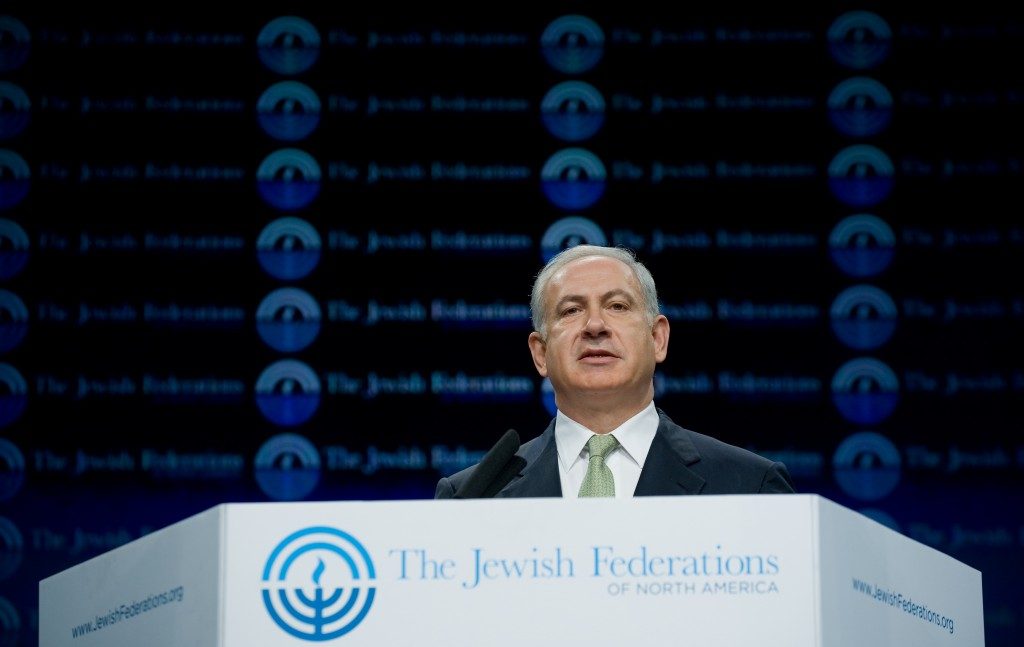 On Monday, the General Assembly will convene.

For some, the very choice of locale is in itself insulting. Coming months after President Trump moved the U.S. embassy to Yerushalayim, the decision to host the gathering in Tel Aviv was seen in some quarters as sending the wrong message. Yet, in fairness to the organizers, even a cursory look at the program reveals why the liberal bastion of Tel Aviv is a far more appropriate venue than Yerushalayim.

“We share a heritage. And a future. But that doesn’t mean we’re alike,” their program declares.

It goes on to cite a short list of statistics, underscoring differences in the viewpoints of Israeli and American Jews.

Only 8% of Israeli Jews describe themselves as liberal; 50% of American Jews do.

Only 49% of Israeli Jews think non-Orthodox clergymen should officiate at Jewish ceremonies in Israel, but 80% of American Jews do.

Only 43% of Israeli Jews think that Israel and an independent Palestinian state can coexist, but 61% of American Jews do.

“This Is Why We Need to Talk,” the General Assembly organizers declare, adding that in attendance will supposedly be “top leaders from a cross-section of Israeli and North American societies …Leaders who are committed to tackling the challenges of the Israel-Diaspora relationship. Together.”

Monday will begin — ironically enough — with an option of attending a morning service at a local Orthodox synagogue.

“Reciting Shacharit is a beautifully peaceful way to usher in the day,” the organizers assure the would-be attendees. By the time the afternoon will arrive however, participants will get to choose between a traditional Minchah, and, l’havdil, an egalitarian prayer ceremony.

The first day is dedicated to “joining the memories of the past with the joyful hope of the next generation,” and “experts from both sides of the ocean join us to explore the challenges of divergent political viewpoints and cultural and religious expressions.”

An afternoon session will be devoted to “Market Forces: The Business of Religious Pluralism.” There attendees will get to hear how “Private companies, grassroots activists and even some local municipalities are at the vanguard of providing alternative avenues for everything from Shabbat transportation to kashrut (kosher supervision) to marriage.” Those present will be able to “survey the programs and explore how Federations’ iRep is helping to seed these initiatives.” In other words, they will get to learn how Federation funds are being spent to promote chillul Shabbos and destroy the sanctity of kashrus and marriage in Eretz Yisrael.

On Tuesday, participants will get to listen to and weigh in on matters ranging from “Peace-Process Realities in Israel,” to “Haredi Integration into Israeli Society” and from “Hugging and Wrestling: A New Language for Our Israel Relationship,” (whatever that is supposed to mean) to finally — “Israelis Work the System: The Plan for Greater Pluralism.”

Here the program minces no words in defining its goal:

“Many of us want to see greater freedom of religious expression and greater recognition by the Israeli Government for diverse forms of Jewish practice. Yet, government policies remain stringent. Learn how Israelis are working the system to gain support for non-Orthodox Jewish communities by using the courts and lobbying the Knesset. The session will include a panel of three experts in the field, and during a moderated Q & A, the audience will have the opportunity to discuss and engage with the panelists.”

The “experts” are — not surprisingly — two Conservative clergymen, one Reform clergyman, and a woman representing a so-called “modern Orthodox movement promoting pluralism and democracy.”

Indeed, the Federation felt that they need to talk. So they boarded planes and came all the way to Tel Aviv to talk — to themselves.

There is no hint of any meaningful attempt at dialogue. There isn’t even a cursory effort at trying to understand why only 8% percent of Israelis considers themselves liberal and why less than half think non-Orthodox rabbis should officiate at Jewish ceremonies.

The Federation organizers have come not to conduct a dialogue but a monologue, in a mission to tell the poor, backward Jews of Israel — in a most condescending and arrogant manner — that the rich American uncle is unhappy with their insistence on clinging to ancient traditions.

If these self-proclaimed experts would only stop to consider that the same way the proud “leaders” comprising the delegates to this General Assembly would never tolerate Israeli Jews telling them how to live their lives and how to pray in their temples, they have no right to force their views onto the Jews of Israel.

If the organizers of this event would only have had the courage to look at themselves in the mirror and recognize the reality that Torah Jewry represents not only the Jews of yesteryear, but also the future of our people. If they would only agree to open their eyes wide enough to recognize that the Reform and Conservative movements are increasingly proving to be a failed experiment, their numbers rapidly dwindling due to assimilation and intermarriage.

Instead of seeking ways to destroy Judaism in Israel, they ought to take lessons from the amazing success story known as the religious community in Israel. Instead of seeking ways to harm Shabbos and kashrus, they should realize that the best possible thing they can do for the Jews of the Diaspora is to encourage the keeping of Shabbos, kashrus, Kiddushin and giyur according to halachah.

But, alas, the Federation — the self-proclaimed representatives of American Jewry — have neither time nor room for such contemplations and realizations.