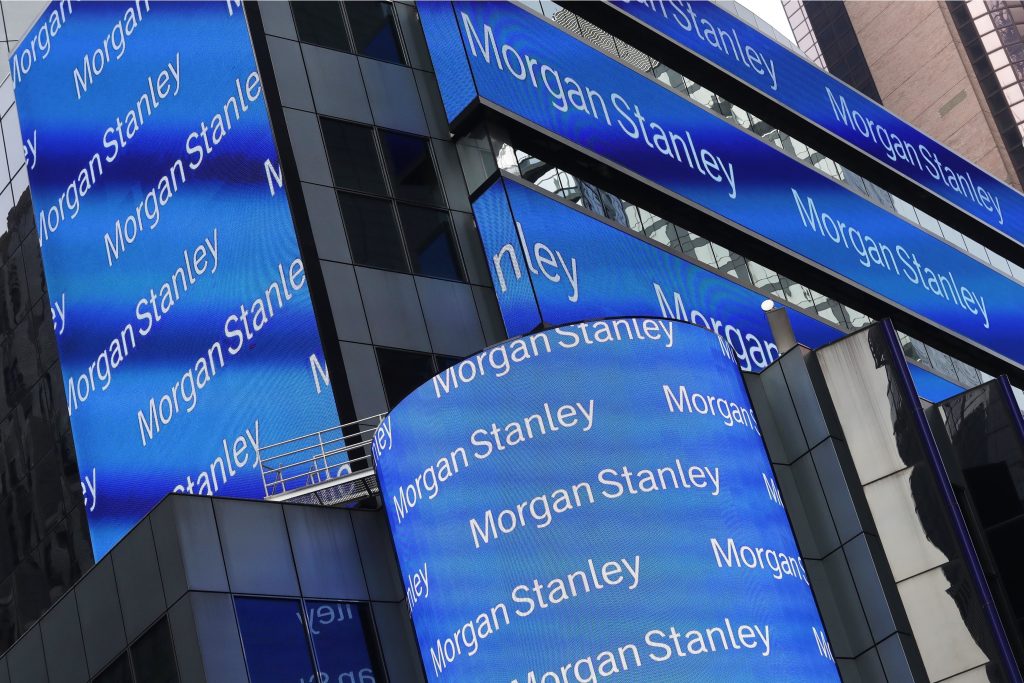 Goldman Sachs, the larger of the two banks, reported a profit of $2.52 billion in the quarter, or $6.28 per share. That’s up from $2.13 billion, or $5.02 per share, in the same period a year earlier. The result topped the estimate of $5.38 per share from Wall Street analysts, according to FactSet.

Meanwhile, Morgan Stanley earned a profit of $2.11 billion, or $1.17 per share, which is up 19 percent from a year ago, when the bank earned $1.78 billion, or 93 cents per share. The results beat analysts’ estimates of $1.01 per share, according to FactSet.

Morgan’s revenue from stock sales and trading — a core business for the bank — was $2.0 billion in the quarter, up from $1.9 billion in the same period a year earlier. In comparison, Goldman had net revenues in stock trading of $1.79 billion, up 8 percent from a year earlier, despite what Goldman described as “lower client activity” in the quarter.

During the third quarter, both banks saw little change in their individual advisory businesses. The third quarter is typically the quietest for both banks, with summer putting many dealmakers on vacation and August being a particularly slow month for U.S. businesses. Morgan reported $510 million in advisory revenues in the quarter, down from $555 million in the same period a year earlier. Goldman’s advisory revenues were $916 million, essentially flat compared to a year ago.

Morgan Stanley’s wealth management arm also had a solid quarter, reporting a pre-tax profit of $1.2 billion. The wealth management business has been a focus for Morgan’s top management for some time, as the bank has looked to diversify its businesses after the financial crisis. Morgan saw clients bring more assets under management during the quarter, and the bank grew interest income, helped by a recent push by Morgan Stanley to do lending to asset management clients using their wealth as collateral.