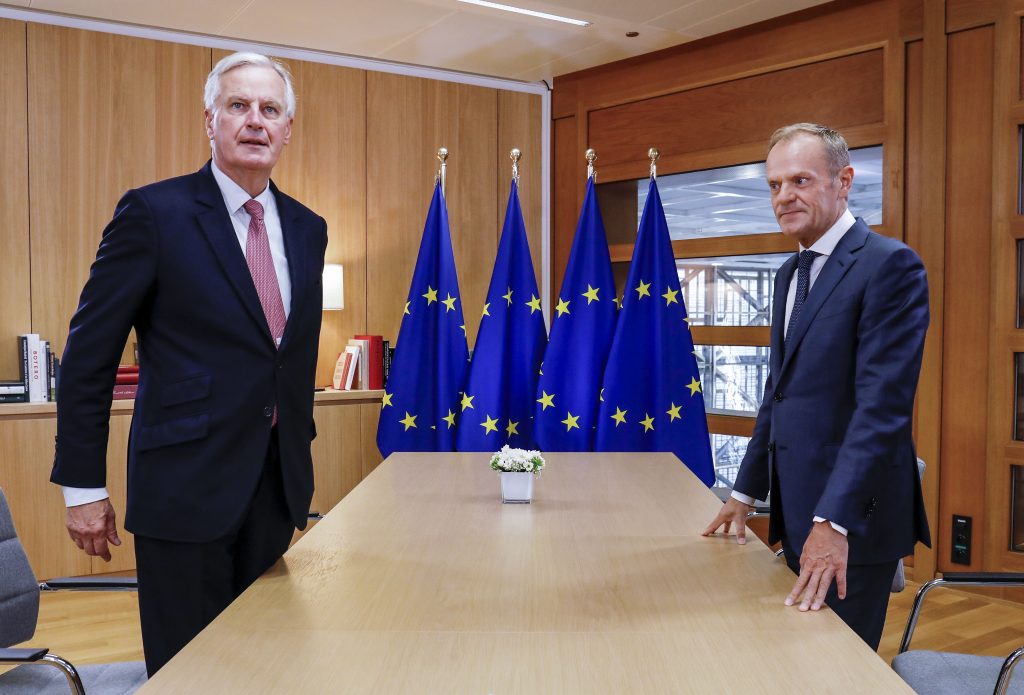 European Council President Donald Tusk said on Tuesday he will ask British Prime Minister Theresa May this week if she has new ideas on how to break the impasse in Brexit talks, adding that he has become less optimistic about an immediate breakthrough.

Tusk told reporters his hopes for their meeting on Wednesday had been dampened by European Union Brexit negotiator Michel Barnier, as well as events in the British Parliament.

“Unfortunately the report on the state of the negotiations that I got from Michel Barnier today, as well as yesterday’s debate in the House of Commons, give me no grounds for optimism before tomorrow’s European Council on Brexit,” said Tusk, who will chair the EU summit in Brussels.

A breakthrough required more than just goodwill. “Tomorrow, I’m going to ask Prime Minister May whether she has concrete proposals on how to break the impasse. Only such proposals can determine if a breakthrough is possible,” he said.

EU leaders, meeting from Wednesday evening, had hoped to reach a provisional deal over Britain’s exit from the EU in March before signing off on a withdrawal agreement at a special Brexit summit in November.

Tusk said the November meeting would make sense only if there was a feeling of being really close to a breakthrough.

The talks are stuck over the issue of the border between the British province of Northern Ireland and the Irish Republic, and have not resumed since Sunday.

Leaders, he said, would step up their preparations for a no-deal Brexit. “A no-deal scenario becomes more likely than ever before, but it doesn’t mean it is our political priority.”