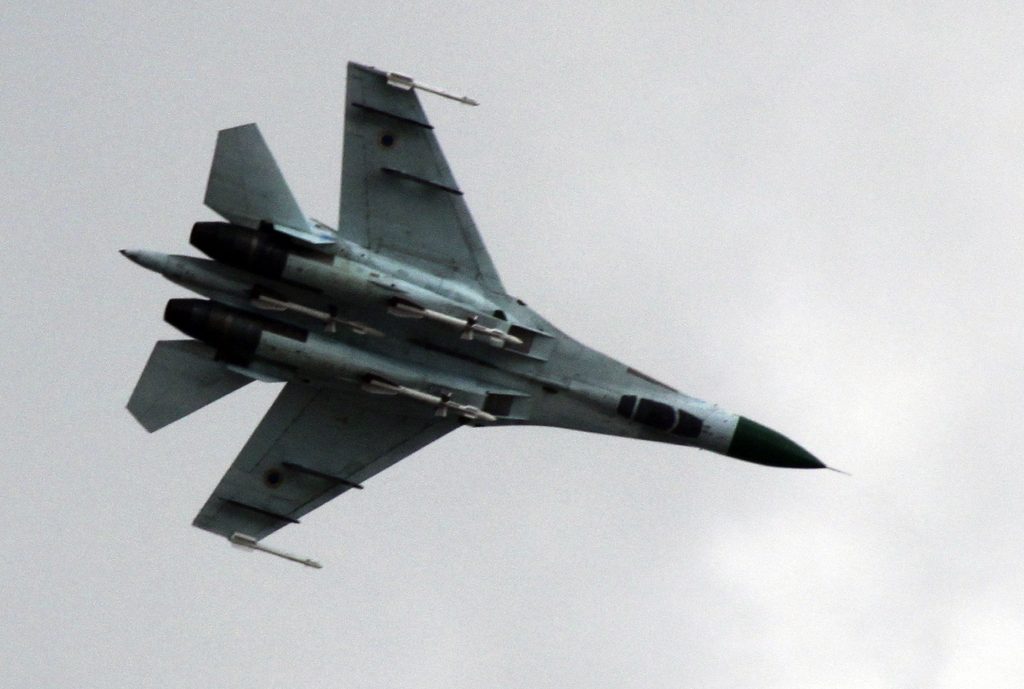 A Ukrainian fighter jet crashed during a joint exercise with U.S. and other NATO air forces Tuesday, killing both pilots, Ukraine’s military said.

The General Staff of Ukraine’s armed forces said the two-seat Su-27UB went down in the Kmelnitskyi region. It said a rescue team found the jet’s two pilots dead.

The U.S. Air Forces in Europe and Africa issued a statement saying it was aware of “reports claiming a U.S. casualty.” The command said it “can confirm a U.S. service member was involved in this incident,” but stopped short of confirming the American’s death.

Personnel from nine nations are taking part in the Clear Sky 2018 exercises that started in Ukraine on Oct. 8. They include members of a California Air National Guard unit based in Fresno, California.