Retail Sales Edged Up in September 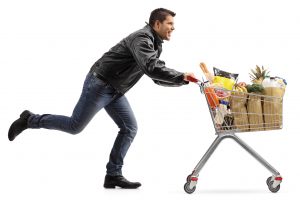 U.S. consumer spending edged up a slight 0.1 percent in September, a disappointing performance in which rebounding auto sales were offset by weakness in other areas.

But a category of retail sales that excludes volatile categories showed a much stronger 0.5 percent gain in September, a big improvement after no gain in August.

The Commerce Department said Monday that the scant overall gain in September followed an equally meager 0.1 percent increase in August.

It was the weakest two-month performance since the start of the year and was well below economist projections of a solid 0.6 percent rise in sales.

Diane Swonk, chief economist at Grant Thornton, said the rise in the “control group” of retail sales, which excludes volatile areas such as autos and gasoline sales, is important because that figure feeds directly into the data for economic growth, as measured by the gross domestic product.

Bright spots in the report were online sales, furniture sales and sales at electronic stores, which were linked to the introduction of new iPhone models.

“Consumers continued to spend at a fairly rapid pace despite some pockets of weakness in September,” Swonk said.

Retail sales are closely watched for signs they can provide for consumer spending, which drives two-thirds of economic activity. The economy expanded at a sizzling 4.2 percent rate in the second quarter.

Analysts have been forecasting that growth will come in at still-solid rate above 3 percent in the just-completed third quarter but the weakness in retail sales may cause them to rethink their forecasts.

The modest September gain was led by a 0.8 percent rise in auto sales which represented a rebound from a 0.5 percent decline in July. Analysts had been expecting the increase believing that sales would get a boost last month from purchases of replacement cars damaged by Hurricane Florence.

Gasoline sales fell 0.8 percent in September after a 1.1 percent jump in August. That swing was influenced by prices which have retreated a bit after a big jump in August. The average price for a gallon of regular gas is $2.83 up from $2.47 a year ago, according to a nationwide survey by AAA.

Sales at general merchandise stores, which include big box stores such as Walmart and Target, rose 0.3 percent while sales at department stores fell 0.8 percent.