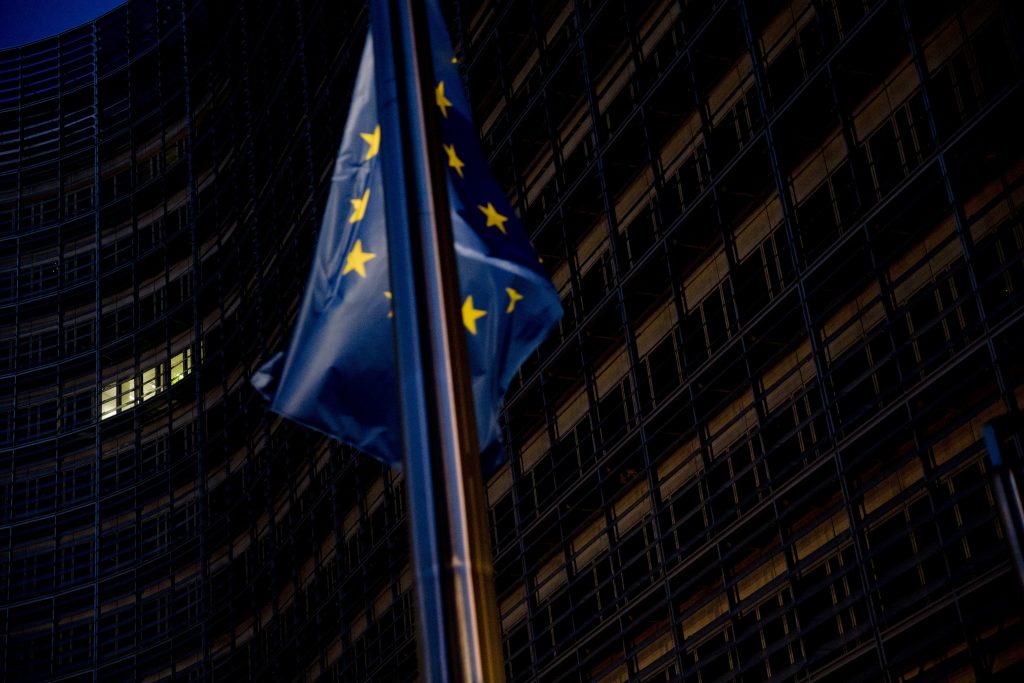 Only two days ahead of a summit once seen as the moment when Britain and the European Union would have to reach a Brexit deal, both sides are still refusing to blink over the question of the Irish border.

A flurry of diplomatic meetings over the weekend had raised hopes for an agreement on Britain’s divorce from the bloc. But they were disappointed by the issue that has dogged the talks for months — how to ensure that no hard border is created between the EU’s Ireland and Britain’s Northern Ireland once Brexit happens on March 29.

The EU has proposed a “backstop” solution that would keep Northern Ireland in a customs union to avoid a hard border between it and Ireland. But British Prime Minister Theresa May says that would create “a border in the Irish Sea” and she won’t accept it.

Britain is proposing instead to keep all of the U.K. in a customs union with the bloc — but only temporarily.

“I need to be able to look the British people in the eye and say this ‘backstop’ is a temporary solution,” PM May told lawmakers in the House of Commons on Monday.

Insisting that a Brexit divorce deal was “achievable,” May said the border dispute should not “derail the prospects of a good deal and leave us with the no-deal outcome that no one wants.”

May is under intense pressure from her Conservative Party and its parliamentary allies not to give any more ground in Brexit negotiations.

The Irish border is an acutely sensitive issue, with some fearing any return to customs checks and other controls could revive tensions between Northern Ireland’s Irish Catholic community and its British U.K. Protestant one. More than 3,700 people were killed in Northern Ireland amid 30 years of violence between the two groups and Britain, which ended with a 1998 peace deal.

Irish Foreign Minister Simon Coveney admitted to being “frustrated” by the delay, saying that apart from Britain, Ireland is the country with the most to lose from Brexit. Coveney suggested that May was reneging on part of Britain’s commitment, made in December, to ensure that there is no hard border on the island of Ireland.

He said that a backstop “cannot be time-limited.”

“Nobody wants to ever trigger the backstop, but it needs to be there as an insurance mechanism to calm nerves that we’re not going to see physical border infrastructure re-emerging,” Coveney said.

The border impasse makes it is almost impossible that EU leaders will reach a Brexit deal at their summit, which begins Wednesday. The British and EU parliaments need to approve any deal, a process that could take months ahead of Britain’s official exit.

German Chancellor Angela Merkel, perhaps the strongest voice in the EU, insisted Monday that PM May should not count on the EU to blink first for fear of losing valuable business. Merkel said Germany wants an orderly departure of Britain from the bloc “but not at any price.”

EU negotiators and leaders have said that Britain should not seek to cherry-pick the best parts of staying in the EU and leave the tough parts out in its withdrawal agreement and future relations.

“We must not allow our single market, which is really our competitive advantage, to be destroyed by such a withdrawal,” Merkel said told Germany’s main exporters’ association. “And if it doesn’t work out this week, we must continue negotiating, that is clear — but time is pressing.”

Britain refuses to be pinned down to a date for a deal.

“Whether we do (it) this week or not, who knows?” British Foreign Secretary Jeremy Hunt told reporters in Luxembourg, where EU foreign ministers are meeting.

If Britain leaves the EU without an agreement on future relations, there could be chaos — tariffs would go up on trade, airlines could no longer have permits to fly between the two regions, and freight could be lined up for miles at border crossings as customs checks are restored overnight.

To avoid this, the prospect of an extra EU meeting in November was raised, but only if there was decisive progress this week.

Irish Prime Minister Leo Varadkar said Monday, “I figure November or December is the best opportunity for a deal.”

“This is a dynamic situation,” he said.

Spanish Foreign Minister Josep Borrell, meanwhile, said he foresees no Brexit problems between Britain and Spain over Gibraltar, the British territory on the border of Spain.

“It’s not a rock in the way,” Borrell said, referring to Gibraltar’s nickname. He added the Irish border problem is “more difficult to solve than Gibraltar.”