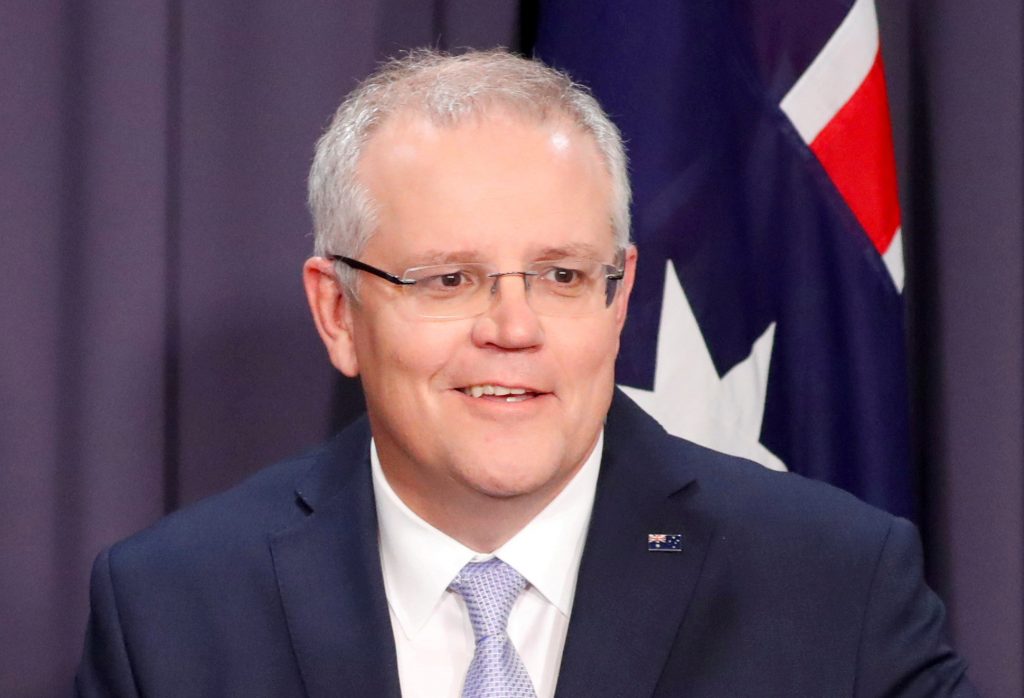 Prime Minister Binyamin Netanyahu spoke by telephone with Australian Prime Minister Scott Morrison, who said that he is considering officially recognizing Yerushalayim as the capital of Israel and moving the Australian Embassy there, according to a statement released by the Israeli Government Press Office on Monday.

The Australian newspaper Sydney Morning Herald quoted Morrison as saying the question of recognizing Yerushalayim was something he would “discuss … further with cabinet colleagues in the coming months.”

Morrison explained that until now, he believed the embassy move would be at odds with Australia’s support for a two-state solution to the Mideast conflict. However, conversation with former Australian ambassador to Israel Dave Sharma persuaded him otherwise.

“The previous discussion was premised on the point that you couldn’t pursue this issue without risking or without prejudicing the final status. Now Dave is arguing the opposite to that and he’s saying that is possible,” the Herald quoted Morrison as saying.

Morrison said that Sharma was arguing the move can be consistent with Australia’s long-running position of support for a two-state solution, and is “actually changing the way in which the issue is conceived.”

Australia abstained from the U.N. General Assembly vote in December that condemned the U.S. for moving its embassy.

After the move in May, Sharma tweeted,“Even if we don’t move the embassy, we should at least consider recognizing Jerusalem as Israel’s capital (w/o prejudice to its final boundaries or potential status as capital of future Palestinian state). Where else do we disagree with a country about where its capital is?”

Morrison is expected to speak about the embassy move on Tuesday, when he delivers a foreign policy statement explaining why Australia will vote “no” to recognizing the Palestinian Authority as the chair of the G77 bloc in the U.N., The Australian reported.