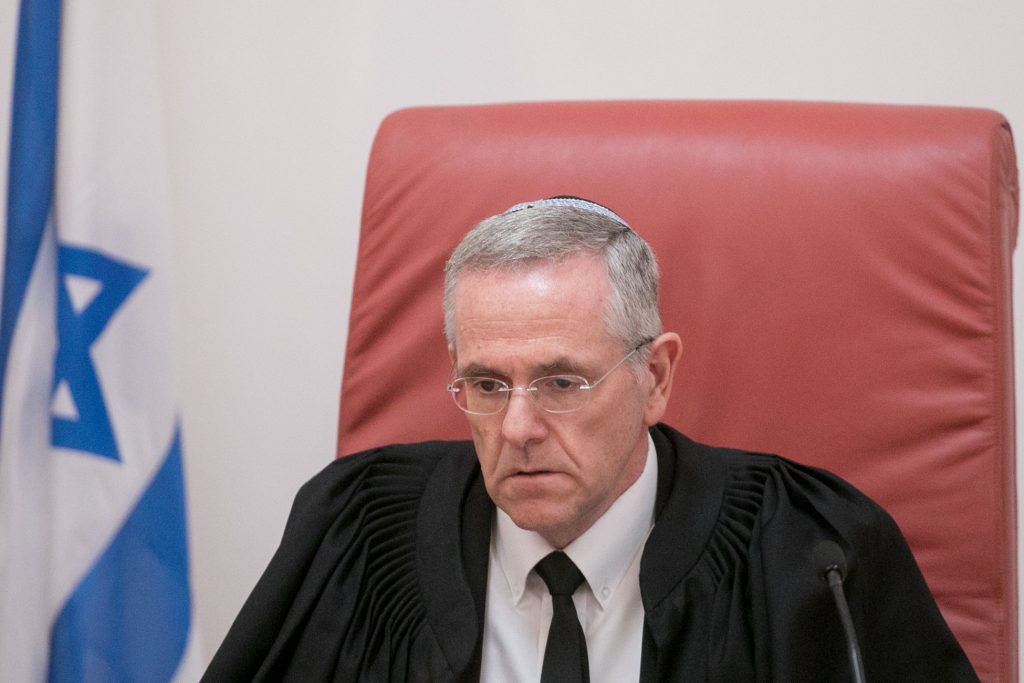 The target of an attempted carjacking in the Binyamin region was none other than High Court Justice David Mintz. Mintz reported the attempt by three Arabs to steal his car and likely cause him harm to police and IDF soldiers. An investigation has been opened.

Mintz was driving on Road 463 near the town of Talmon, he told security officials, when a vehicle appeared on the road, blocking his path. Three Arabs emerged from the vehicle, carrying hammers and other weapons. Thinking quickly, Mintz pulled away, he told officials, and the Arabs did not pursue him in their vehicle.

Mintz continued on his way to Yerushalayim and arrived safely, and went to work on open High Court cases, Haaretz reported. Officials said that it was not clear if the attackers knew they had targeted a High Court judge, or if it was a random attack.

The incident is one of several that has occurred over the past few days in the Shomron and Binyamin areas. On Sunday, an Arab resident of Kalkilye was arrested at the Eliyahu crossing near Kfar Sava with a knife. The 19-year-old raised the suspicion of security officials, who conducted a search and found the knife. Under questioning, the Arab said he had “come to kill Jews.”

In an incident last Thursday outside Shechem, an IDF reserve soldier was injured moderately and a civilian lightly in a terror stabbing attack. The Arab who committed the stabbing ran away to the nearby village of Hawara. The 32-year-old soldier, serving on reserve duty, was being treated at a hospital in Petach Tikvah. The 26- year-old civilian was lightly injured from flying glass when soldiers shot at the terrorist. She was treated on site. IDF soldiers, Yamam special police forces, and Shin Bet agents on Thursday night arrested the 19-year-old terrorist.