World Officials: No Deal Yet After Flurry of Brexit Diplomacy in Brussels
World 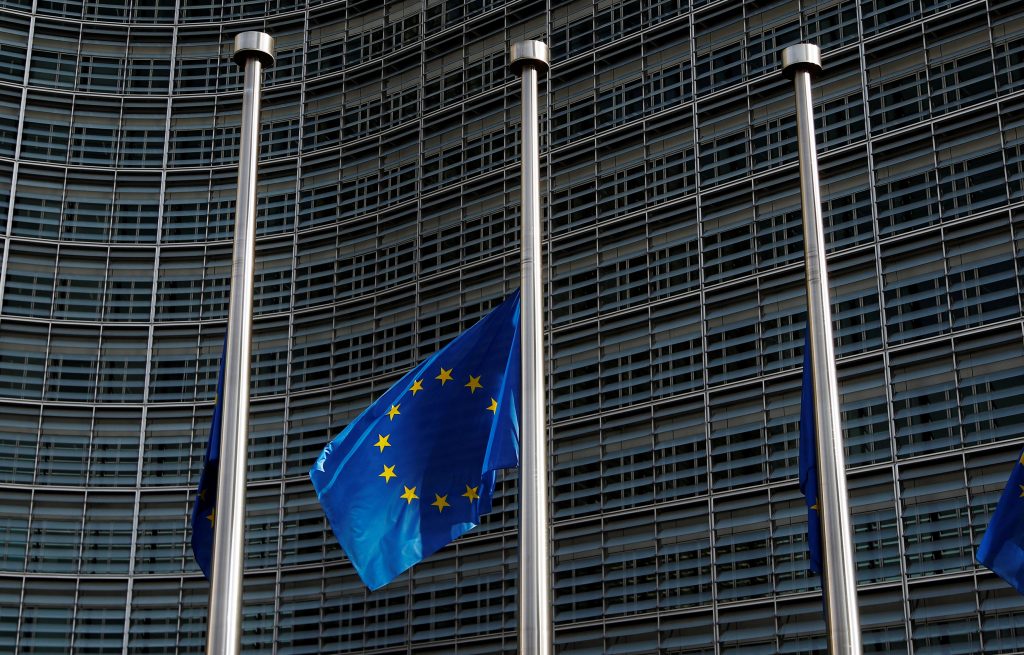 Brexit negotiators have yet to seal a deal on Britain’s divorce terms, officials said, after a flurry of meetings in Brussels on Sunday to try to secure a draft agreement before Prime Minister Theresa May arrives for a summit this week.

With less than six months until Britain leaves the European Union, Britain’s Brexit minister Dominic Raab met EU negotiator Michel Barnier and the ambassadors of the 27 other member states were separately summoned to a meeting.

But senior EU sources said a final deal had yet to be agreed for leaders to approve this week, with some adding that the EU’s timetable before Wednesday’s summit would now have to shift. A meeting of EU advisers was postponed from Monday to make way for more talks.

Raab had raced to Brussels after the two sides “jointly agreed that face-to-face talks were necessary” on the “big issues still to resolve”.

One of those was a “backstop” to prevent a return to controls on the border between the British province of Northern Ireland and EU member Ireland. This arrangement has strengthened opposition to May’s plans after her Northern Irish allies accused the bloc of trying to annex the province.

Britain’s biggest shift in foreign and trade policy for decades is also dividing the prime minister’s Conservative Party, with critics, such as Raab’s predecessor, pressing May to change her strategy.

David Davis, who resigned as Brexit minister in July, accused the government on Sunday of accepting “the EU’s language on dealing with the Northern Ireland border”.

“This is one of the most fundamental decisions that government has taken in modern times. It is time for cabinet members to exert their collective authority,” wrote Davis, who campaigned for Britain to leave the EU in the 2016 referendum.

“This week the authority of our constitution is on the line,” he said in an article in the Sunday Times.

Davis also pressed May to abandon her Brexit proposal, which involves staying in a free trade zone with the EU for manufactured and agricultural goods. The bloc “has rejected it. The public does not like it. Parliament will not vote for it,” he wrote.

So far, May has shown little appetite to change tack, trying to persuade Conservative lawmakers and those in the opposition Labour Party to vote for any deal based on her plan.

But lobbying of May from all sides has increased in recent weeks as London and Brussels edge closer to an agreement on a draft withdrawal treaty to cover the divorce terms, a transition period and a solution for Northern Ireland.

Preventing any return of a “hard” border in Ireland has become one of the major obstacles, with Brexit campaigners fearful that a backstop with no expiry date will keep Britain inside a customs union with the EU indefinitely.

May insists any customs arrangement as part of the backstop must be temporary, but the EU has refused to set an end date.

Health minister Matt Hancock suggested the backstop could be temporary without such a date, an argument that may fall flat with some Euroskeptic lawmakers who are calling for May to “chuck Chequers”, her Brexit plan named after her country residence.

“There are different ways to ensure that something is time limited,” Hancock told the BBC. “For instance, you can set conditions at the point at which the arrangements come to an end.”

Even if May reaches a withdrawal agreement, she will struggle to get it through Parliament and may find opposition from the small Northern Irish party which props up her minority government to other legislation such as the budget.

“I fully appreciate the risks of a ‘no deal’ but the dangers of a bad deal are worse,” Arlene Foster, head of the Democratic Unionist Party, wrote in the Belfast Telegraph newspaper.

“This backstop arrangement would not be temporary. It would be the permanent annexation of Northern Ireland away from the rest of the United Kingdom and forever leave us subject to rules made in a place where we have no say.”