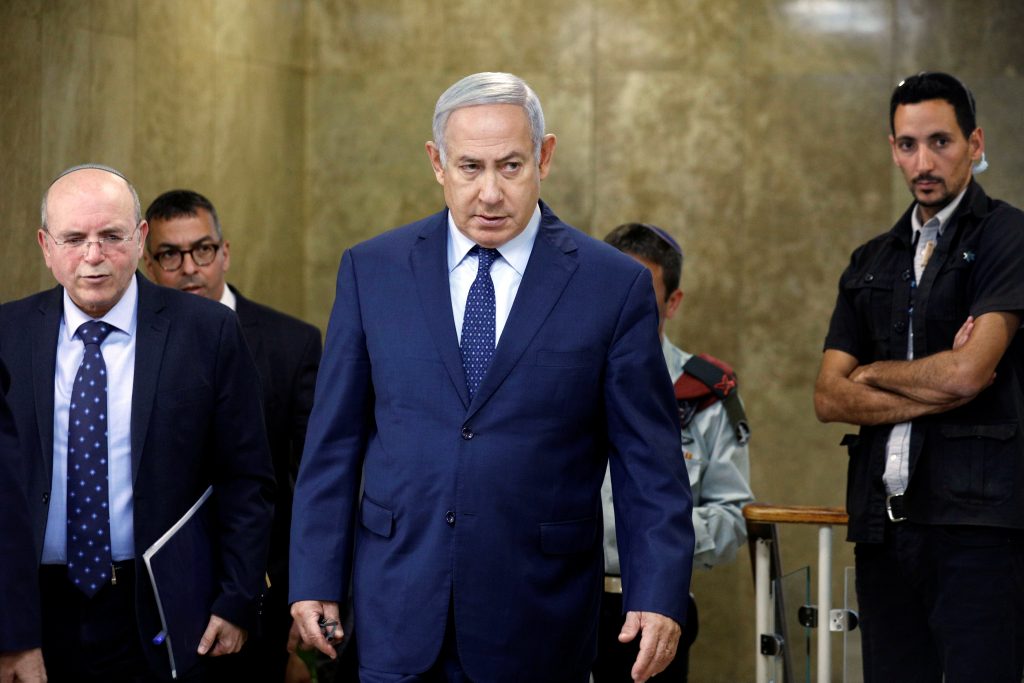 In the face of persistent rioting by Palestinians on the Gaza border, Israeli Prime Minister Binyamin Netanyahu issued a stern warning at the weekly Cabinet meeting on Sunday that suggested a broader military response:

“Hamas, apparently, has not internalized the message. If they do not stop the violent attacks against us, they will be stopped in a different way and it will be painful – very painful. We are very close to a different kind of activity, an activity that will include very powerful blows. If it has sense, Hamas will stop firing and stop these violent disturbances – now.”

Subsequently, the Security cabinet convened for four hours on Sunday to determine Israel’s response to the ongoing provocations in Gaza.

The cabinet reportedly decided to give the situation more time to calm down, in particular to wait until the weekend to allow for progress in U.N. and Egyptian- mediated talks, according to Ynet.

The security cabinet, which holds regular meetings on Sunday afternoons, was expected to discuss the situation along the Gaza border.

During violent disorders on Friday, seven Palestinians were killed, including three who breached the border fence and ran toward IDF soldiers. Another 150 were reported injured by Palestinian media. An estimated 20,000 took part in the rioting.

Hamas leader Ismail Haniyeh vowed over the weekend that the disturbances would continue& until the “siege on Yerushalayim, Al-Aqsa and all the lands of Palestine is lifted.”

Meanwhile, on Sunday, firefighters worked to extinguish four fires near towns in southern Israel caused by incendiary balloons launched from the Gaza Strip, a spokesman for the Fire and Rescue Services said, according to The Times of Israel.

The IDF confirmed that it carried out an airstrike on a group of Palestinians across the Gaza border who were spotted launching incendiary balloons at Israel.