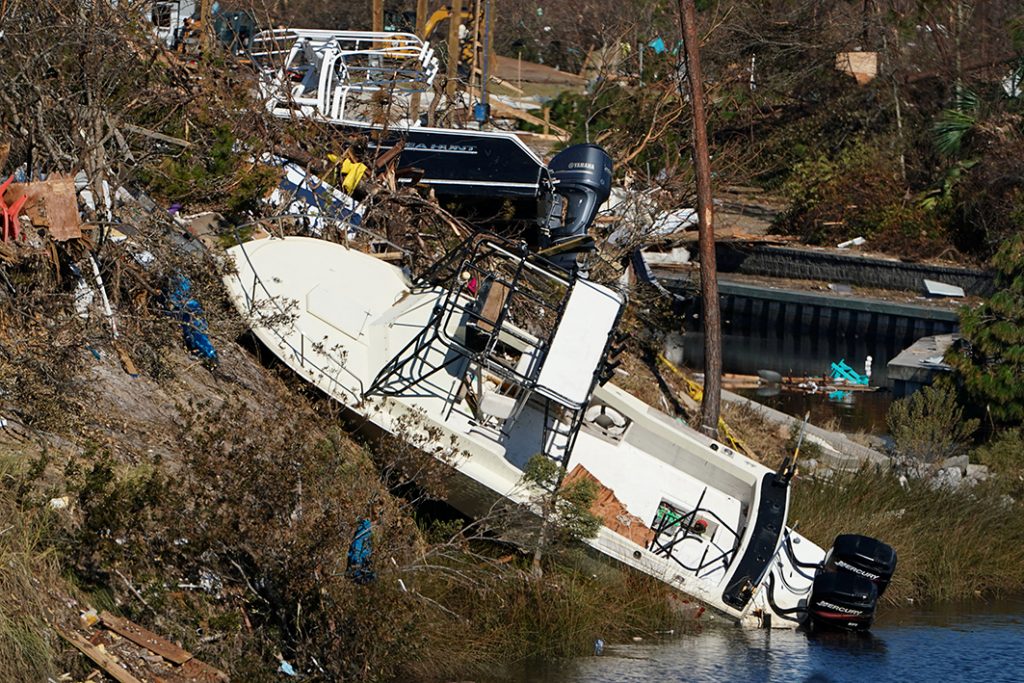 The hunt for missing people in the aftermath of Hurricane Michael early Sunday is turning into a search for the dead, as hope of finding more people alive fades in the Florida Panhandle, officials said.

“We’re going into recovery mode, unfortunately,” said Fire Chief Alex Baird of Panama City, one of the coastal Florida communities clobbered by the hurricane that made landfall Wednesday as a Category 4 storm, packing more than 140 mph winds and deadly storm surges.

“At sunrise, we’ll start again on our search,” Baird said. “We hope that we’ll find more [survivors], but it’s more and more doubtful.”

President Donald Trump is expected to visit both Florida and Georgia early this week to inspect the damage, and the White House said late Saturday the president was fully committed to helping state and local agencies with the recovery.

The death toll of the storm reached at least 18 Saturday night and is expected to rise in the U.S. Southeast as rescuers go door-to-door in coastal communities in Florida, Georgia and the Carolinas.

On Saturday, rescue crews heard cries for help and crowbarred into a mobile home crumpled by the storm in Panama City, freeing a mother and daughter, both diabetics who had been trapped in a closet without insulin for two days and were on the verge of diabetic shock, rescuers said.

A lack of food and water is among the most pressing issues for people reeling from the storm, said one volunteer who had been working in the Panama City area.

Rescue teams, hampered by power and telephone outages, used cadaver dogs, drones and heavy equipment to hunt for people in the rubble.

Electricity and phone service were being slowly restored, but it could be weeks before power is restored to the most damaged areas.