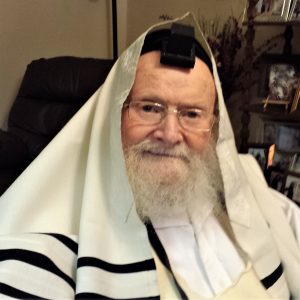 Reb Chaim Hakohen Rauch, z”l, founder of the Council for Shemiras Shabbos, was niftar Sunday, one month shy of his 103rd birthday. His entire life was lived with simcha and with emunah, strongly connected to the Eibershter. In his younger years he would go with the Zutchke Rebbe to all the stores that were open on Shabbos and speak gently to the owners about the kedushah of Shabbos, encouraging them to close their stores. In this manner, he played a key role in turning Boro Park, and later Flatbush, into an area that is today shomer Shabbos. 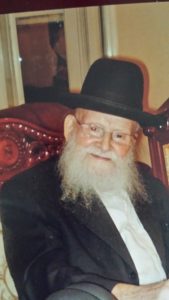 He was also instrumental in helping baalei teshuvah acclimate to Yiddishkeit and translated the Siddur and Tehillim into English to help them daaven more easily. Reb Chaim’s entire life was about serving Hashem, his entire day revolved around Torah and Tefillah, and his only desire was to do more and more mitzvos.

Even in the last decade, his only concern was to daven, put on tefillin, say brachos and serve Hakadosh Boruch Hu.

May he be a true meilitz yosher for us all and may his family be comforted among Tzion and Yerushalayim.

The levayah will take place IYH Monday morning at the Gorlitz bais medrash 1469 42 street  Brooklyn at 10am. Shiva will be at 1312 42 street.