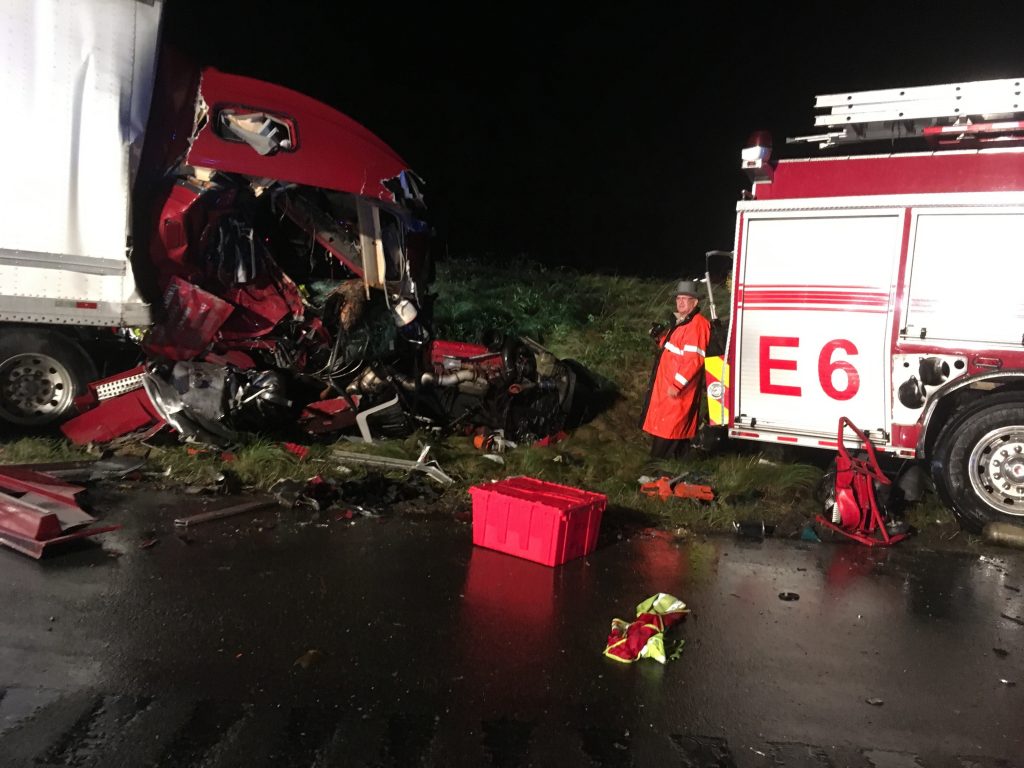 Far north of where Michael made landfall, flash flooding and treacherous roads in Virginia have claimed at least five lives, including a firefighter responding to a crash and a man swept away after his vehicle was swamped.

Michael roared through Virginia starting Thursday afternoon, a day after it began its deadly march through the Southeast. Michael’s center was over the Atlantic Ocean off Virginia by Friday morning.

The Virginia Department of Emergency Management said that the state medical examiner has ruled that four drownings and the firefighter’s death were storm-related.

Some of the worst bands of the storm were crossing into Pittsylvania County, Virginia, near the North Carolina state line, when a man was caught in his vehicle in flash flooding in the Mt. Hermon community.

Despite rescue efforts by a sheriff’s deputy and a local resident, “the floodwaters were too deep and too swift for them to maintain contact with him,” according to a news release by the Virginia State police.

James E. King Jr., 45, of Dry Fork, Virginia, was swept away in the fast-moving floodwaters. His body was later found downstream by firefighters and State Police agents.

Hours later, the firefighter was among emergency personnel responding to a two-vehicle crash north of Richmond as the storm was still lashing the state.

The Hanover County Fire-EMS Department said in a statement that Fire Lt. Brad Clark died when a tractor-trailer struck a fire engine that came to the crash scene around 9 p.m. Thursday. The department said the fire engine had its lights and other emergency equipment activated.

The state Department of Emergency Management said the crash happened during heavy storm conditions, with slick roads. Authorities say Clark was among three members of the department who were injured, and he died at the scene. The other two sustained serious injuries. The truck driver had to be extricated and had serious injuries.

In Charlotte County, about 90 miles southwest of Richmond, a teenager was rescued while clinging to a guardrail after floodwaters swamped his family’s car and swept away the teen’s father and grandmother.

Charlotte County Administrator Daniel Witt said the 17-year-old was rescued Thursday night after a local road was flooded. Virginia state police said two other occupants had also clung to bridge railings, but were swept away by the rushing water before rescuers could reach them.

Witt said the body of the boy’s father was found late Thursday night. His grandmother had not been found by late Friday morning and was presumed dead, he said.

“It was very shocking. My thoughts and prayers go out to the family,” Witt said.

In Pittsylvania County, state police say their rescue divers were called in when a boat capsized as three volunteer firefighters tried to rescue people caught in the rising waters on a bridge. They were able to pull two firefighters and the motorist to safety. The third firefighter was swept downstream, but a local resident was able to pull him onto land.