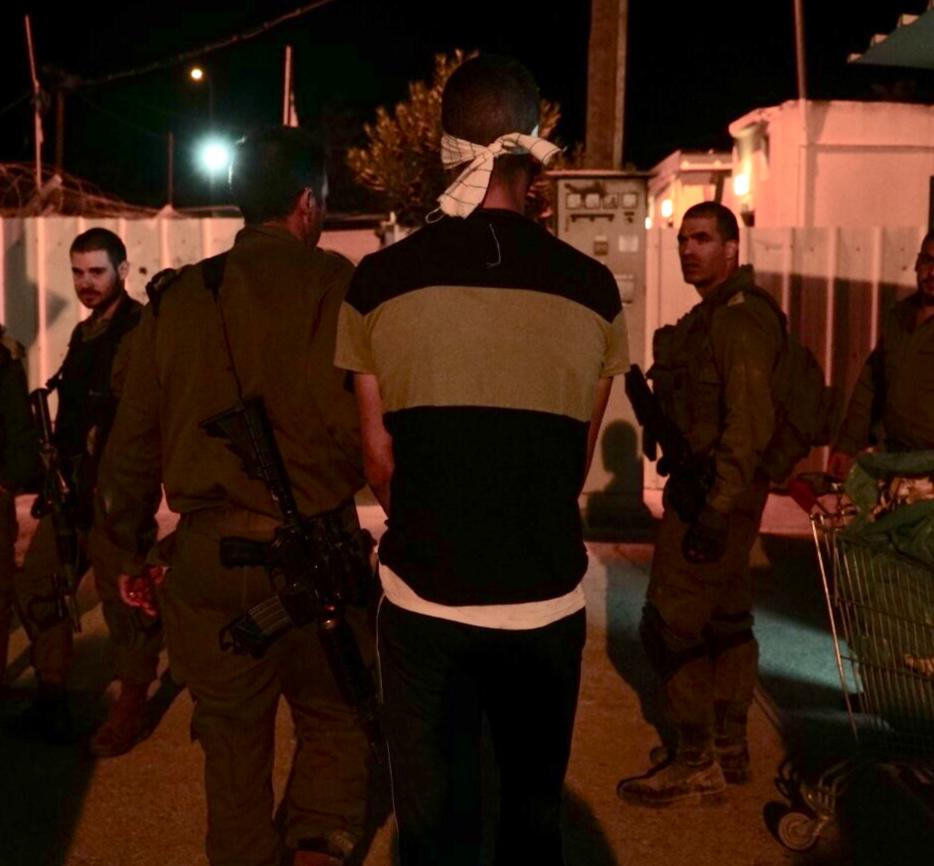 IDF soldiers, Yamam special police forces and Shin Bet agents on Thursday night arrested the terrorist who earlier Thursday stabbed two Israelis in central Shomron. The 19-year-old resident of the village of Jama’in is being questioned by Shin Bet agents.

In the incident outside Shechem Thursday afternoon an IDF reserve soldier was injured moderately and a civilian lightly in a terror stabbing attack. The Arab who committed the stabbing ran away to the nearby village of Hawara. The 32-year-old soldier, serving on reserve duty, was being treated at a hospital in Petach Tikvah. The 26-year-old civilian was lightly injured from flying glass when soldiers shot at the terrorist. She was treated on site.

The attack took place at a traffic circle between Har Bracha and Itamar in Shomron. The Arab rushed the soldier, holding his knife, and managed to stab him before running away. Soldiers shot at the terrorist, but were unable to hit him.

Commenting on the arrest, Shomron Council head Yossi Dagan congratulated soldiers, adding that he had again spoken with security officials, and demanded that the government deport the family of the terrorist.