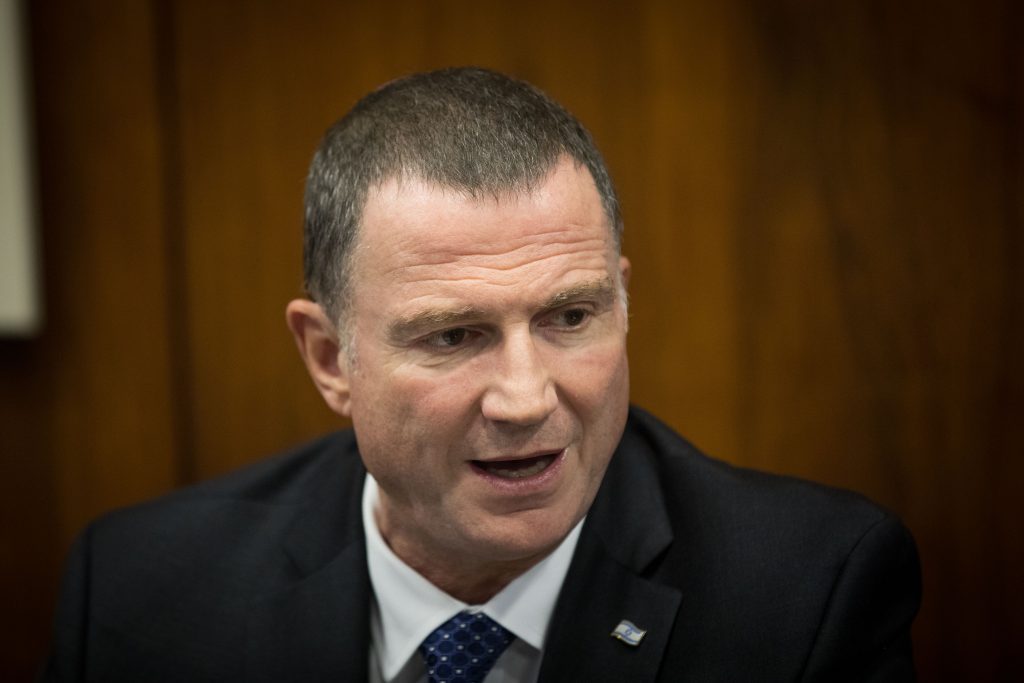 Knesset Speaker Yuli Edelstein has informed organizers of the annual memorial event for former Prime Minister Yitzchak Rabin that he will not be attending this year’s event. The memorial held in Tel Aviv’s Rabin Square, he said in a letter to Kobi Richter, head of the organizing committee, has become “exceedingly political. Nearly 25 years after the tragic event, we should be able to overcome the political direction that has become the nature of the memorial and come together for a special night in which we strengthen the values of Israeli society, and consider our common goal and fate, ensuring that we remain at peace even when we differ.”

Unfortunately, Edelstein said, “it appears that we are not ready for that. When I discovered that this year as well there would be a distinct political bent I decided not to participate. I will say what I have to say in memory of the Prime Minister at the official Knesset ceremony.”

The annual memorial event, usually held on the Saturday night closest to the anniversary of his murder at the hands of assassin Yigal Amir on November 4, 1995 has in recent years taken on a leftist bent, with many on the right accusing organizers of using what should be a national memorial to remember the slain leader into a political rally, with most speakers denigrating Prime Minister Binyamin Netanyahu. Last year, organizers were criticized by the left for being too “objective,” and “blurring the clear lines between the camp that favored the murder and the one that opposed it,” Maariv said.

Responding to Edelstein, Richter said that he and the “Darcheinu” group that runs the event intended that “all the ‘tribes’ of Israeli society will feel comfortable enough to take part, and in order to facilitate that we have invited politicians of all backgrounds, from the Speaker of the Knesset to Zionist Camp.