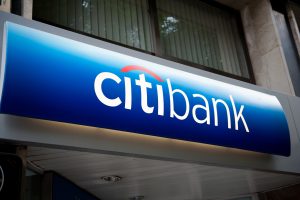 Citigroup said Friday that its third-quarter profits rose 12 percent from a year earlier, as the banking conglomerate was able to cut expenses and benefited from lower taxes. That was more than enough to make up for a small drop in revenue.

The New York-based bank earned $4.62 billion in the third quarter, up from $4.13 billion a year ago. Citi earned a profit of $1.74 per share, which was better than the $1.68 a share that was expected according to a survey of analysts’ by FactSet.

Citi was able to grow profits despite a small drop in revenue compared to a year earlier. The bank’s revenue was $18.39 billion in the quarter, down from $18.42 billion a year earlier. That’s despite the steady rise in interest rates in the last year. While Citi earned more in interest income last quarter, the bank also had to pay more for deposits, which effectively negated any gains. Expenses were down 1 percent from a year earlier.

Most of Citi’s profit growth came because of lower taxes. Like other big companies, Citi got a big tax break from the tax law passed last year. The amount of money the bank set aside for income taxes last quarter was down 21 percent from a year earlier.

One place of weakness this quarter was Citi’s credit-card division, one of the bank’s bigger businesses in the U.S. Branded card revenue slipped 3 percent last quarter from a year earlier, despite higher interest rate.

Citi’s investment-banking division had a relatively strong quarter. Net income for Citi’s institutional clients group was up 2 percent from a year earlier. The banks saw higher trading revenue in stocks, bonds and currencies, one of Citi’s specialties.

In early afternoon trading Friday, shares of Citi rose 96 cents, or 1.4 percent, to $69.34. The shares are down roughly 6 percent this year.