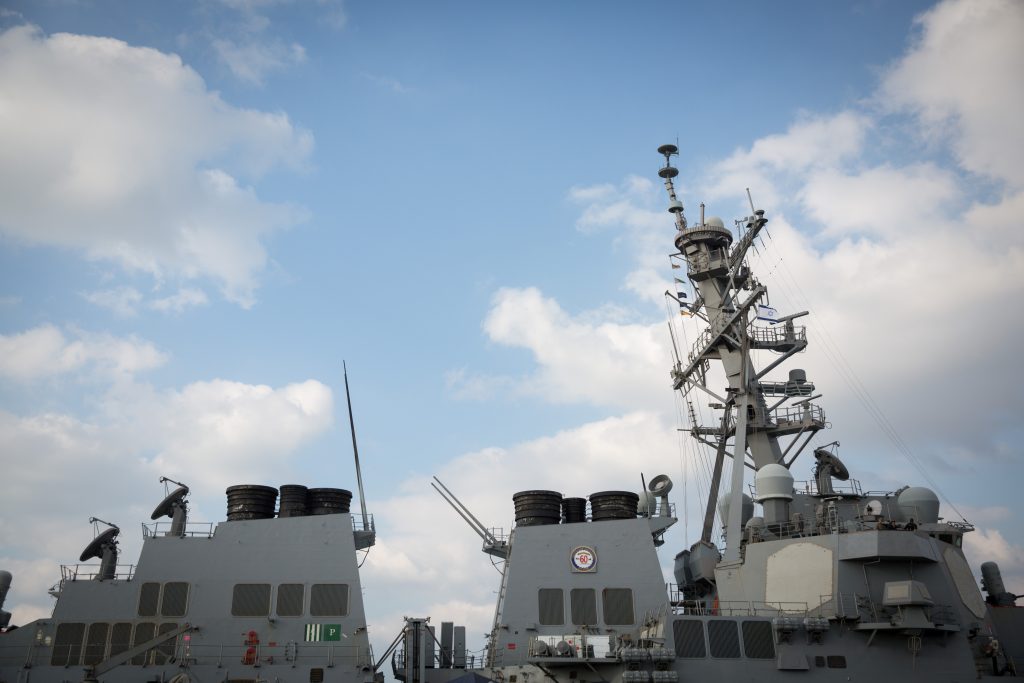 A U.S. Navy warship has docked in the southern Israeli port of Ashdod, the first such visit there in almost 20 years, in what officials from both sides hailed as a sign of their strong ties in the face of shared adversaries like Iran.

“This visit has significance. It symbolizes the deep alliance between Israel and the United States,” said Israeli Prime Minister Binyamin Netanyahu, speaking from the deck of the USS Ross, together with his wife and the U.S. ambassador to Israel David Friedman.

“We are determined to defend ourselves against the Iranian military entrenchment in Syria,” Netanyahu said. “President Trump gave full support to this policy of ours, and the fact that this destroyer is visiting here today is an expression of that support.”

Netanyahu and his wife toured the ship, shaking hands with officers and sailors, and then took part in a ceremony onboard.

U.S. Sixth Fleet spokesman Commander Kyle Raines said in a statement to Reuters the port visit “reinforces the strong and enduring partnership between our two nations.”

Both Haifa and Ashdod face shelling threats — the former, from Hezbollah rockets in Lebanon and the latter from Palestinian rockets from the Gaza Strip.

In his statement, Raines did not refer to any such threat specifically, but said: “We conduct extensive analysis of all port facilities and communities where our ships pull into and have the ability to adjust our force protection measures as necessary to ensure the safety of our sailors.”