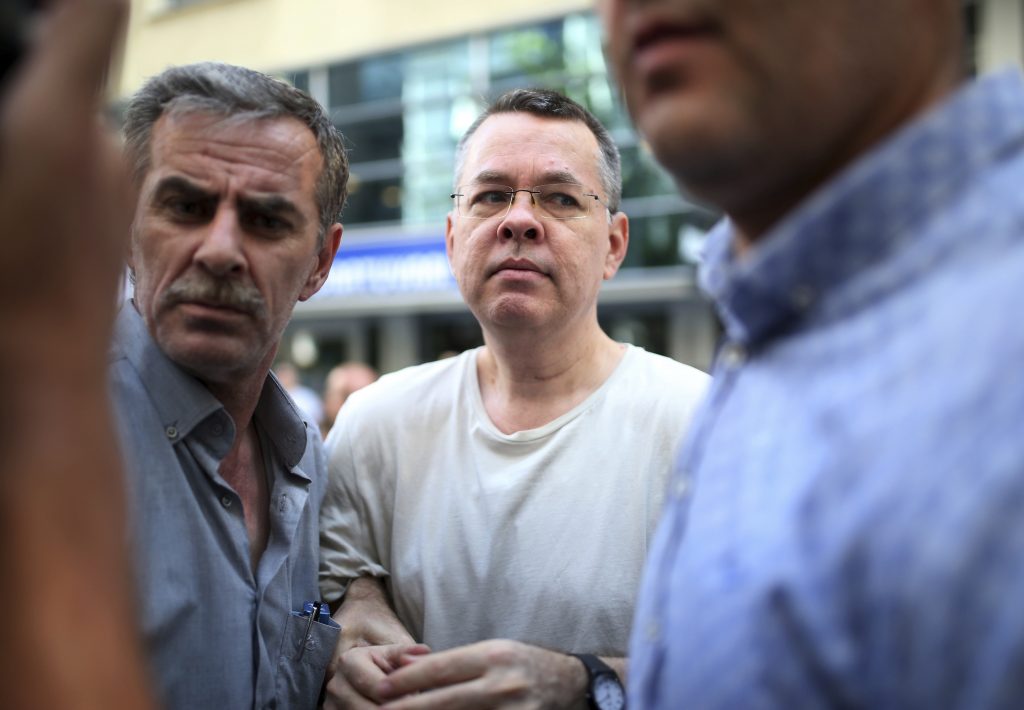 The Trump administration is cautiously optimistic that an American cleric who has been held in Turkey for the past two years on charges related to espionage and terrorism will be released soon after a court hearing Friday, according to U.S. officials and people close to the case.

In a negotiated deal that includes the lifting of U.S. sanctions — both threatened and implemented — against Turkey, charges against the Rev. Andrew Brunson are to be reduced to allow him to be sentenced to time already served, or to be allowed to serve any remaining sentence in the United States.

The agreement — part of which was negotiated at last month’s U.N. General Assembly meeting, attended by President Donald Trump and Turkish President Recep Tayyip Erdogan — will lead to Brunson’s immediate release Friday or to his being freed within a few days, said officials, who spoke on the condition of anonymity to discuss the still-secret arrangement.

Officials remained cautious, however, in light of a deal that fell apart last summer, with both sides blaming the other for acting in bad faith.

Brunson’s case has been a cause celebre for Trump’s evangelical political base, with Vice President Mike Pence, in particular, taking special notice of it.

Brunson, who has lived in Turkey for more than two decades, was arrested in a sweep of thousands that took place after an unsuccessful coup attempt in 2016. The charges against him — which both he and the Trump administration have said are bogus — include contacts with the so-called coup mastermind, Turkish cleric Fethullah Gulen, a permanent U.S. resident living in Pennsylvania and a longtime political foe of Erdogan. The indictment against Brunson also charges him with having contact with Kurdish separatists that Turkey and the United States have designated as terrorists.

Congress, where anti-Turkey sentiment over the Brunson case has been high, passed legislation freezing the sale of 100 F-35 aircraft to Turkey and giving Defense Secretary Jim Mattis — who opposed the freeze — until next month to prepare a report on how it would affect U.S. security and the defense industry.

Possible resolution of the Brunson case also comes as the United States and Turkey have tempered some of their differences over Syria, and have shared their disquiet over last week’s disappearance of Jamal Khashoggi, a dissident Saudi journalist, during a visit to the Saudi consulate in Istanbul.

Turkish officials have said they think Khashoggi was killed there, perhaps in a botched attempt by Saudi agents to kidnap and interrogate him. Trump has expressed “concern,” but the administration has declined to accuse Riyadh directly, saying it awaits more information. Saudi Arabia has denied involvement in Khashoggi’s disappearance, saying he left the consulate soon after entering.