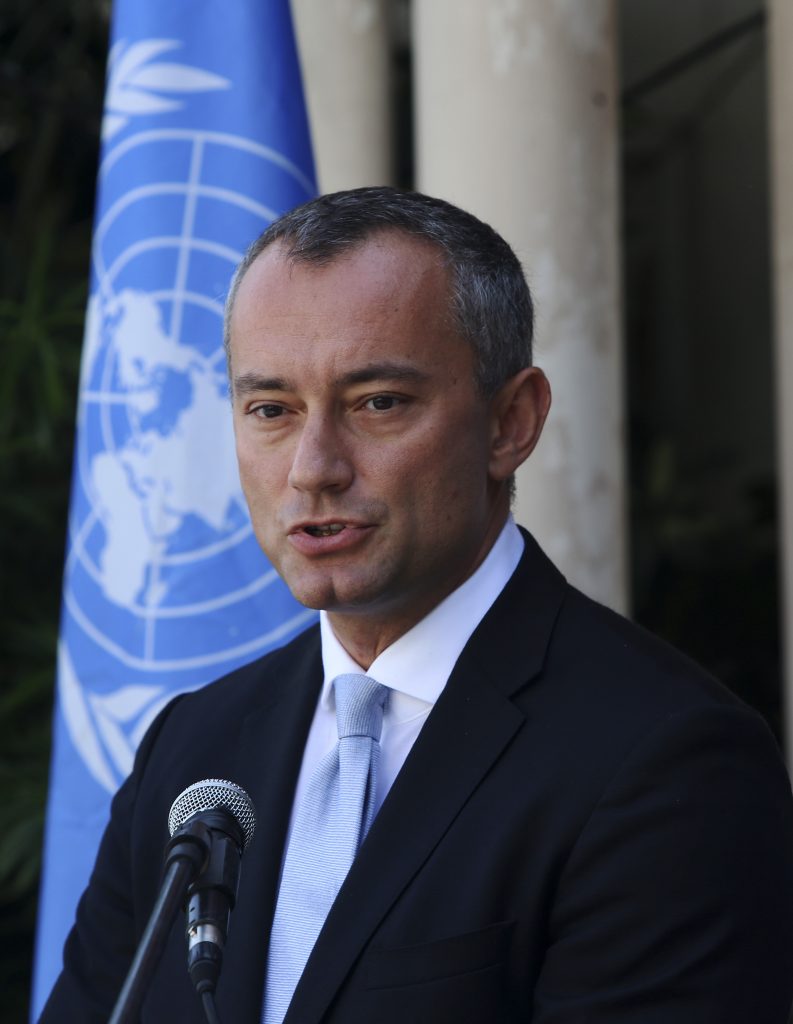 The Palestinians have added the U.N. Mideast peace envoy Nickolay Mladenov to their diplomatic blacklist, AFP reported on Thursday.

Ahmed Majdalani, a member of the Palestine Liberation Organization’s (PLO) executive committee, says it has informed the U.N. secretary-general that Mladenov is “no longer acceptable” to the Palestinian Authority.

The PA has for months refused to meet with American Mideast diplomats, in anger over the Trump administration decision to move its embassy to Yerushalayim, among other things, charging that the U.S. has forfeited its role as honest broker in favor of taking the Israeli side.

In this case, the U.N. diplomat has incurred Palestinian wrath by trying to mediate between Israel and Hamas without including the PA in the negotiations.

Mladenov has “gone beyond his role,” Majdalani charged, in seeking agreements between Israel and rival Palestinian faction Hamas, which he said harms“Palestinian national security and the unity of our people.”

There was no immediate comment from Mladenov or the United Nations.