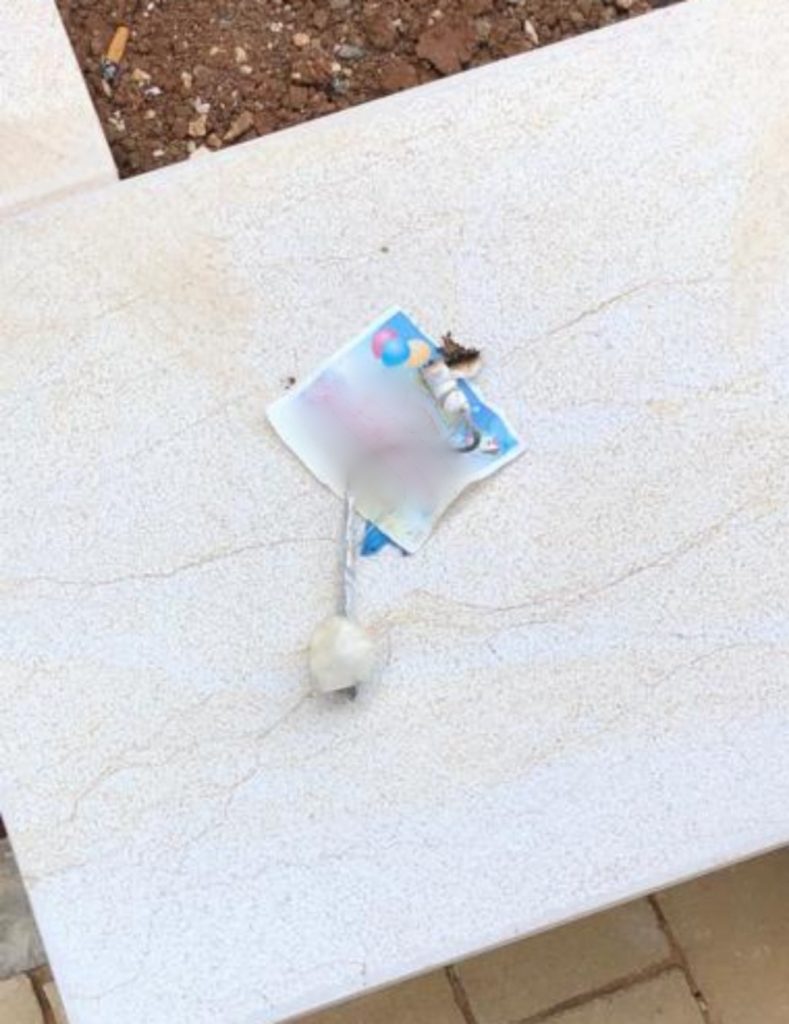 Gaza Arab terrorists are continuing their campaign of flying terror kites and balloons at Israeli farms and forests in the Gaza border fence area – and there are worrying signs that the tactic is now being taken up by terrorists in Yehudah and Shomron, security officials told Hadashot News. In recent days, there have been numerous incidents of balloons with flammable material attached found in places far away from the border fence – including, on Wednesday and Thursday, in Yerushalayim.

A balloon was found Wednesday at a construction site in the Emek Refaim (German Colony) neighborhood, on the ground, after the helium in the balloon apparently dissipated. The explosive material was defused by bomb squad workers. It was the third such balloon found in the Yerushalayim area this week; earlier this week, terror balloons were found in the town of Givat Ze’ev, located next to the city, and in Beit Horon, in the Binyamin region about 10 kilometers away from Yerushalayim. Two other balloons were found in the city proper last week, and one was found in Modi’in.

On Thursday, yet another balloon landed in Yerushalayim. An Israeli citizen who noticed the balloons picked them up and left the area before contacting the police.

Balloons have been found in other parts of the country as well. On Wednesday, a balloon was found in an open area adjacent to Kibbutz Chafetz Chaim, in the central plain – and not located anywhere near the Arab population centers of Yehudah and Shomron. Another balloon was found Wednesday in the southern city of Netivot. Officials believe that those two balloons may have been sent from Gaza, and had drifted deeper into Israel than others did because of wind conditions. Meanwhile, fires continued to break out Wednesday in the border area. Terror balloons caused fires that burned five dunams of forest land, officials said.

Officials told Hadashot News that they were concerned that the phenomenon could spread – because unlike in Gaza, there would be no single target they could respond to. The balloons could have come from any village, and it would be very difficult to track down the origin of such attacks, they said.