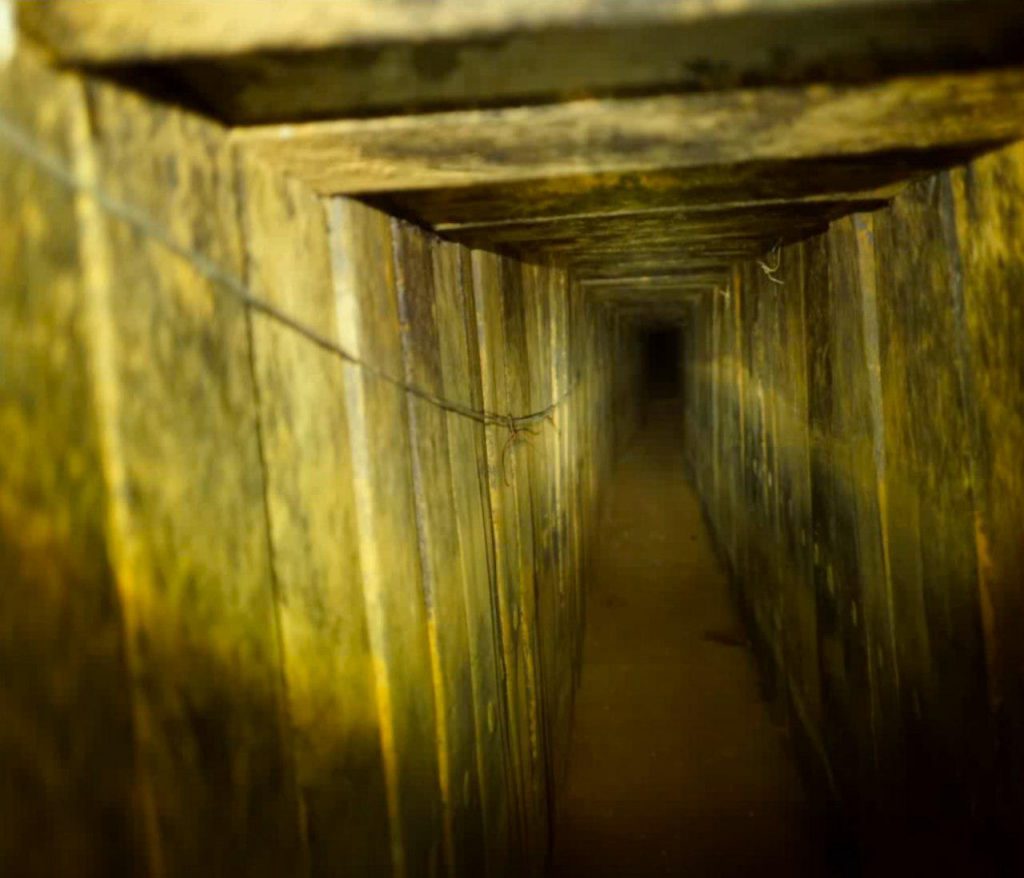 The security activity in the Gaza border area reported by many residents Thursday morning involved the IDF destroying a terror tunnel that had reached from Gaza into Israel, the IDF announced Thursday afternoon. The tunnel was destroyed by the IDF’s engineering unit, which wired the tunnel with explosives and blew it up. It is not known if any Gaza Arab terrorists were in it at the time.

Commenting on the operation, Defense Minister Avigdor Liberman said that “we do not stop working for even a minute, both above and below ground. The terror tunnel we destroyed this morning is one more tunnel Hamas will not be able to use in its next battle against us. Every day we take another step in the destruction of the terror tunnel weapon used by Hamas.”

The IDF said in a statement that it had been aware of the tunnel for some time, and had followed its progress. Its purpose was clearly “to enable terror groups to carry out attacks in Israel.” The existence of the tunnel was discovered as a result of the technological and intelligence tactics and techniques the IDF has utilized to successfully track down and destroy these tunnels, the statement said, adding t

hat since October 2017, 15 terror tunnels had been destroyed in this manner. Numerous others have collapsed, apparently of their own accord.

“Hamas continues to invest many resources in these tunnels,” the statement added. “The purpose of this infrastructure is to harm Israelis. The investment in these tunnels comes at the expense of the welfare of Gaza residents, and again proves that Hamas is using them for its terror purposes. The IDF is determined to protect Israeli sovereignty and ensure the security of Israelis, and will continue to act against terror.”