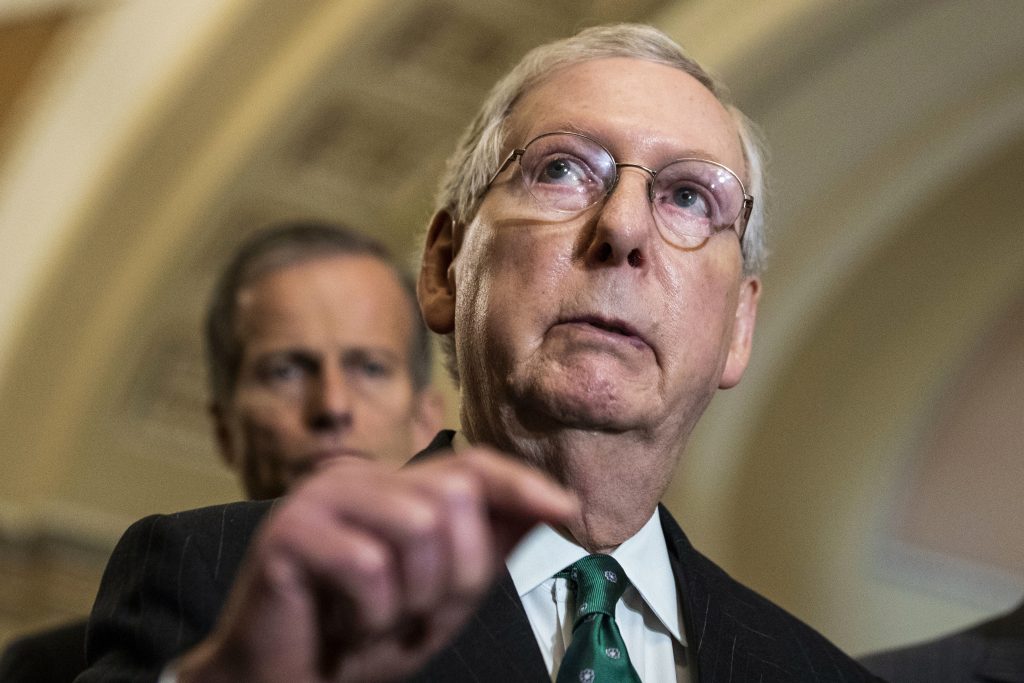 McConnell described protesters “literally storming the steps of the Capitol and the Supreme Court,” confronting Republicans at restaurants and shouting from the Senate visitors’ galleries during last week’s debate and vote on Kavanaugh.

“Only one side was happy to play host to this toxic fringe behavior,” McConnell said. “Only one side’s leaders are now openly calling for more of it. They haven’t seen enough. They want more. And I’m afraid this is only Phase One of the meltdown.”

He added: “We will not let mob behavior drown out all the Americans who want to legitimately participate in the policy-making process.”

McConnell’s comments come less than four weeks from elections in which Democrats are seen as having a strong chance at capturing control of the House but weaker odds of winning a majority in the Senate.

Before the rancorous debate was over, polls suggested that GOP supporters were far less motivated to vote than Democrats, who are ardently opposed to President Donald Trump. Republicans have said the rowdy opposition to Kavanaugh has given conservative voters a new enthusiasm. McConnell has called it a political gift.

The GOP rhetorical offensive also represents a flipping of the recent script, in which Democrats have accused President Trump of intensifying divisions with nationalistic and at times racist appeals to his conservative base and personal attacks on political enemies.

Almost a decade ago, Democrats also assailed the Tea Party, grassroots conservatives who rallied against President Barack Obama’s health-care law and who angrily shouted down lawmakers at town hall meetings.

James Hodgkinson, who was killed at the scene by officers, was infuriated by President Donald Trump’s election, his widow has said.

Clinton said on CNN this week that “civility can start again” after Democrats capture the House or Senate in next month’s elections.