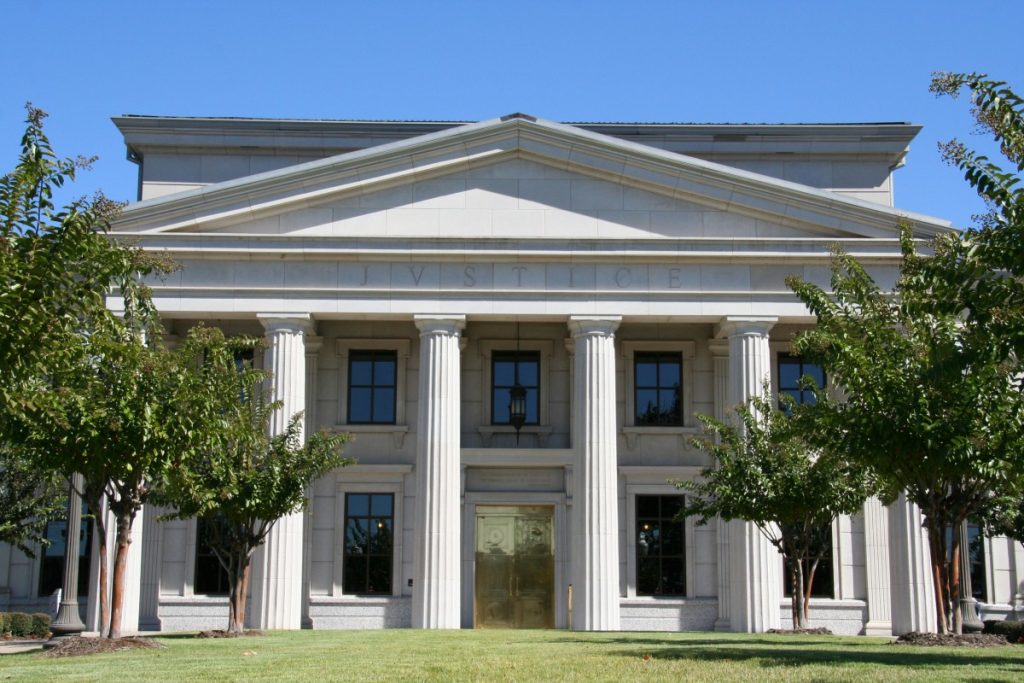 Arkansas’ highest court on Thursday upheld a voter ID law that is nearly identical to a restriction struck down by the court four years ago.

The 5-2 decision from the Arkansas Supreme Court means the law, which requires voters to show photo identification before casting a ballot, will remain in effect in this year’s midterm election. Unlike the measure struck down in 2014, the law approved last year allows voters to cast provisional ballots without a photo ID if they sign a sworn statement confirming their identities.

Opponents of the new measure had argued that it circumvented the 2014 ruling. But justices on Thursday said lawmakers had the power to enact the restriction by labeling it a change to a constitutional amendment related to voter registration requirements and was “therefore constitutional.”

“In our view, providing a system of verifying that a person attempting to cast a ballot is registered to vote is relevant and pertinent, or has a close relationship, to an amendment establishing a system of voter registration,” the court said.

The Thursday ruling reversed a judge’s ruling against the law, which was approved last year by the Republican-controlled Legislature and governor. A judge had blocked officials from enforcing the restriction, but justices in May stayed that ruling and kept the law in effect while they considered the case.

Arkansas officials argued that the new law complied with part of the Supreme Court’s ruling that struck down the earlier measure. Justices in 2014 unanimously struck down that law, with a majority of the justices saying it unconstitutionally added a qualification to vote. Three justices, however, argued that the measure didn’t get the two-thirds vote needed in the Legislature to change voter registration requirements.

A majority of the court has changed hands since that ruling, and more than two-thirds of the Arkansas House and Senate approved the new measure last year.

A justice who disagreed with the ruling Thursday questioned the court’s argument that the law was related to voter registration, noting that the state doesn’t require photo ID in order to register to vote.

An attorney who challenged the law cited the same issue Thursday. Jeff Priebe, who represented a Little Rock voter opposed to the new law, said he was still analyzing the ruling to assess his options for addressing other concerns raised by the lower court that justices didn’t rule on. Those include the argument that the photo ID requirement unconstitutionally imposes new requirements to vote.

“Though I respect the majority’s decision, I still have significant concerns for voters in the state of Arkansas when it’s easier to register than it is to actually vote,” Priebe said.

Attorney General Leslie Rutledge, a Republican, praised the ruling, saying: “Today’s decision protects the integrity of every voter’s ballot and ensures that your vote cannot be stolen by someone pretending to be you at the polls.”

The ruling comes less than two weeks before early voting begins for the state’s Nov. 6 midterm election, which includes a bid by national Democrats to flip a Republican-held House seat in central Arkansas.

“We appreciate the Court issuing a ruling on this matter before the upcoming election, so that there is no added confusion for poll workers and voters,” said Chris Powell, a spokesman for Republican Secretary of State Mark Martin.

Justice Courtney Goodson wrote the concurring opinion four years ago citing the two-thirds vote as the reason for striking down the previous law. She is now seeking re-election in November in a race that has already drawn heavy spending from conservative groups opposing her bid. Goodson joined the majority Thursday in upholding the revived law.

The November ballot will also include a proposal to further enshrine voter ID in the Arkansas Constitution.