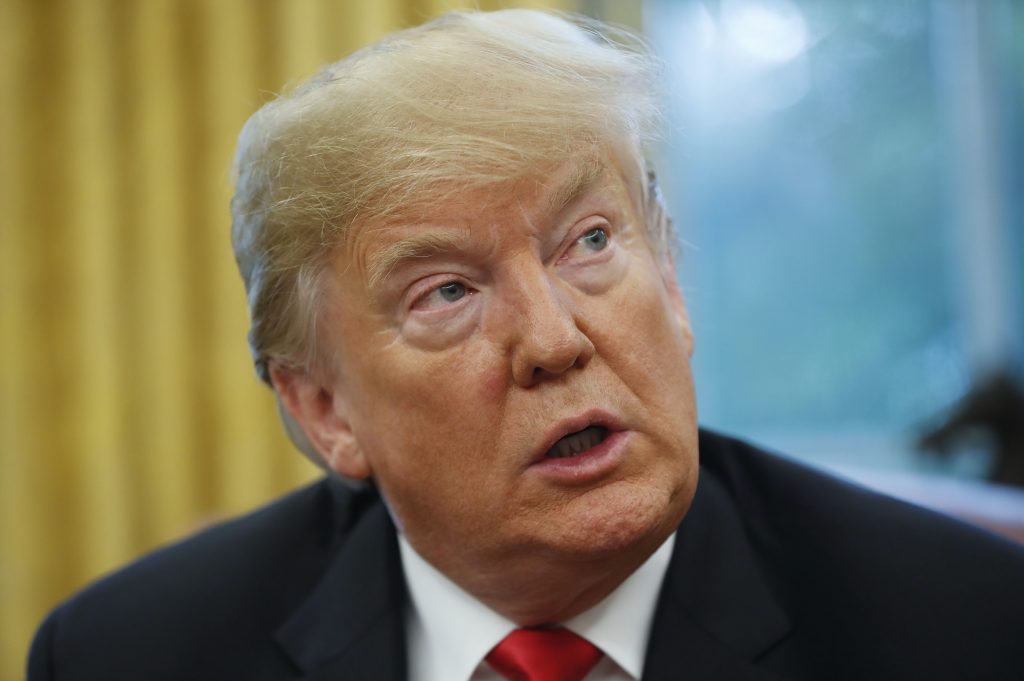 President Donald Trump said Wednesday the U.S. is “demanding” answers from Saudi Arabia about the disappearance of a well-known Saudi writer and government critic, Turkish authorities say was slain inside his country’s diplomatic mission in Istanbul.

Trump said he plans to invite to the White House the fiancée of Jamal Khashoggi, a writer for The Washington Post who has not been seen since he entered the Saudi consulate on Oct. 2 to get paperwork for his marriage.

Members of Congress have grown increasingly insistent in recent days that the Trump administration get to the bottom of the disappearance. Khashoggi had apparently drawn the wrath of the Saudi government, which has become an ever-closer U.S. ally under Trump, now leaving the U.S. administration in a delicate position.

Trump told reporters in the Oval Office that he has a call in to the fiancée, Hatice Cengiz. He said nobody knows exactly what happened and expressed hope that Khashoggi is not dead. Trump also said he had spoken with the Saudis about what he called a “bad situation,” but he did not disclose details of his conversations.

Angry U.S. lawmakers likely won’t cause the administration to turn away from Saudi Crown Prince Mohammed bin Salman. But they could throw a wrench into arms sales requiring their approval and demand the U.S. scale back support for the Saudi military campaign against Iran-backed rebels in Yemen.