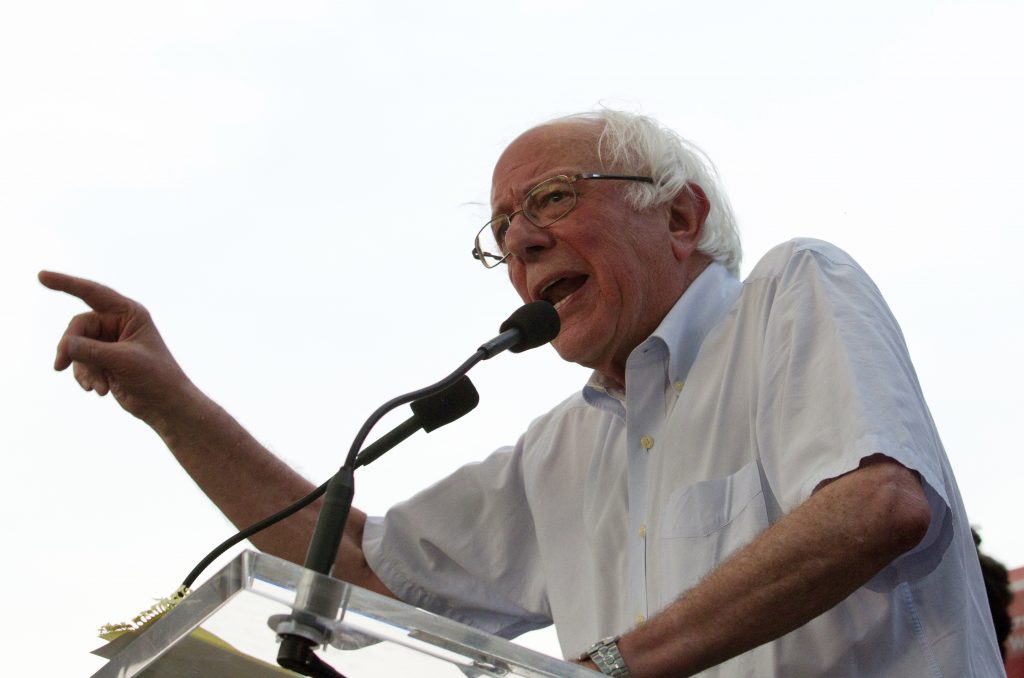 As Bernie Sanders prepares to return to South Carolina to feel out a potential 2020 presidential bid, some Democrats in this early primary, heavily Republican state say the visit isn’t wanted or helpful to their candidates in advance of next month’s election.

The state, home to the first-in-the-South presidential primaries, is accustomed to hosting candidates testing out their messaging and building activist and donor relationships ahead of a national run. But some party stalwarts say Sanders’ left-leaning, progressive messaging doesn’t resonate in a state where Democrats know they will need crossover support to win in many races.

Amanda Loveday served as executive director of South Carolina’s Democratic Party and previously did communications for U.S. Rep. Jim Clyburn, the state’s lone congressional Democrat. Asked about the effect of Sanders’ visit to South Carolina, she called the trip “extremely selfish” and not in the best interest of the state’s Democratic candidates.

“I just think it’s extremely selfish of Bernie Sanders to think he could walk into South Carolina without an invitation from a candidate and think he’s going to be welcomed with open arms,” Loveday said. “It’s hard for me to think of an actual, legitimate Democratic candidate who would stand on stage with him here.”

Sanders’ Tuesday announcement of his planned trip to South Carolina came the same day as the state’s Republican governor aimed to link him to his Democratic challenger. In a new digital ad, Gov. Henry McMaster pointed out that, despite his self-portrayal as a moderate, state Rep. James Smith has boasted of his endorsement by Our Revolution, an offshoot of Sanders’ 2016 presidential effort.

In response, officials with Smith’s campaign said they “welcome the support of citizens who voted for Bernie Sanders, as well as those who voted for Donald Trump, and everyone in between.”

In 2016, voters in some areas were drawn to Sanders’ proposals, which included free public college tuition, a “Medicare for all” health care plan and $15 hourly minimum wage. But in South Carolina, he finished a distant second to Hillary Clinton in South Carolina’s 2016 Democratic presidential primary, with only 26 percent of votes cast.

Boyd Brown, a former Democratic state representative, said Sanders’ messaging is too extreme, particularly in a state like South Carolina, where all statewide-elected offices — both legislative chambers and all but one congressional offices — are held by Republicans.

“Bernie does not resonate in South Carolina,” Brown said. “He’d be doing us all a favor if he just got lost.”

A redux of Sanders’ 2016 effort, Charleston County Democratic Party Chairman Brady Quirk-Garvan added, does nothing to help voters who want to put the bruising primary process behind them and may be looking toward other possible candidates, including former Vice President Joe Biden, New Jersey Sen. Cory Booker and Los Angeles Mayor Eric Garcetti, all of whom have recently or will soon spend time in the state.

“Even back then, most Democrats were not on board with what he was pitching,” Quirk-Garvan said of Sanders’ primary campaign. “For many, even people who backed Sen. Sanders in the primary, they’re looking for some new ideas.”

In that vein, Brown suggested, people attracted to Sanders’ ideas should support traditional Democratic platform planks, like Medicaid expansion and an overall fight for better wages.

“If he comes to South Carolina, he’ll have his 15 people show up,” Brown said. “I hope it’s worth it to him, because he’s doing greater damage to the party overall.”