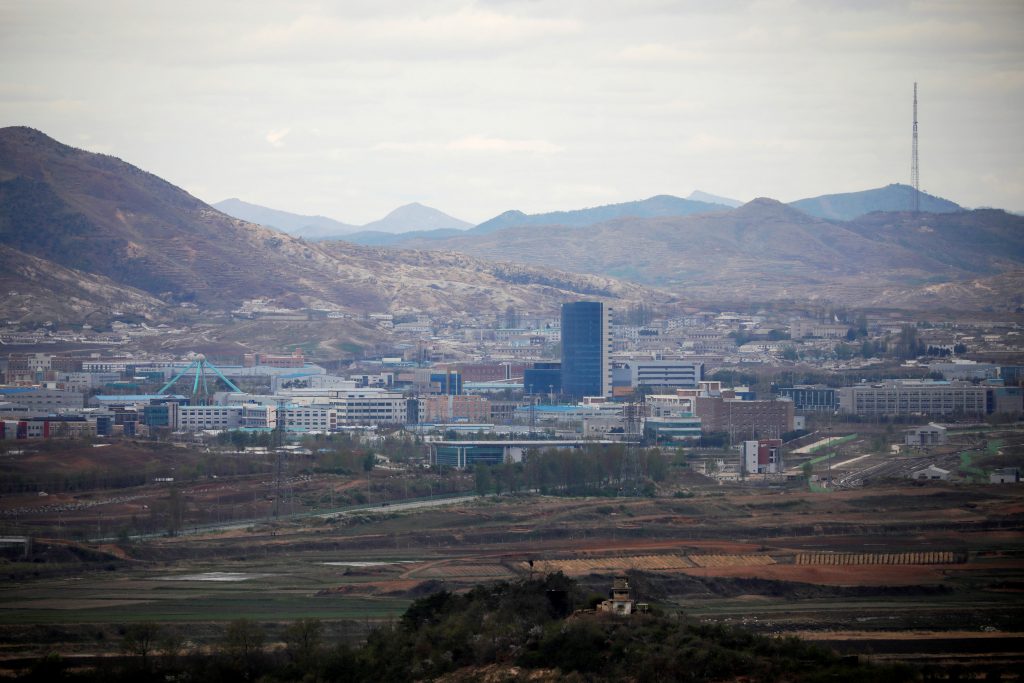 Seoul is considering lifting some of its unilateral sanctions against Pyongyang to create more momentum for diplomacy aimed at improving relations and defusing the nuclear crisis, South Korea’s foreign minister said Wednesday.

During a parliamentary audit of her Ministry, Kang Kyung-wha said the government is reviewing whether to lift sanctions South Korea imposed on the North in 2010 following a deadly attack on a warship that killed 45 South Korean sailors.

Seoul then effectively shut down all cross-border economic cooperation except for a joint factory park in the North Korean border town of Kaesong, which was shuttered in February 2016 after a North Korean nuclear test and long-range rocket launch.

Such a move by South Korea would have little immediate effect since U.S.-led international sanctions remain in place. But it’s clear Seoul’s liberal government is preparing to restart joint economic projects if the larger nuclear negotiations between the United States and North Korea begin yielding results.

South Korean President Moon Jae-in has described inter-Korean engagement as crucial to resolving the nuclear standoff. A large number of South Korean CEOs accompanied Moon last month to Pyongyang, where he and Kim Jong Un agreed to normalize operations at the Kaesong factory park and resume joint tours to the North when possible, voicing optimism the international sanctions could end and allow such projects.

As part of inter-Korean agreements reached during Moon and Kim’s engagement, a liaison office between the countries opened in Kaesong last month. Seoul’s Unification Ministry said Tuesday the water being supplied to the office has been provided to the town’s residents as well.

Using the facility that draws from a reservoir near the factory park, South Korea has been pumping 1,000 to 2,000 tons of water to the liaison office and about 15,000 tons to the rest of the city every day, Ministry spokesman Baik Tae-hyun said. He said the resumption of water supply does not violate sanctions.

The closure of the factory park had also deprived Kaesong residents of what had been a steady supply of water and electricity. South Korea is providing electricity to the liaison office, but not to the town’s residents.

“There are also humanitarian considerations as the residents of Kaesong have to rely on the park’s facility for water,” Baik said. “This has nothing to do with restarting the Kaesong factory park.”

Other moves by the Koreas to reduce tensions between them include temporary reunions between war-separated relatives and military agreements that called for reducing weaponry and guards at the border and demining sections of the demilitarized zone.