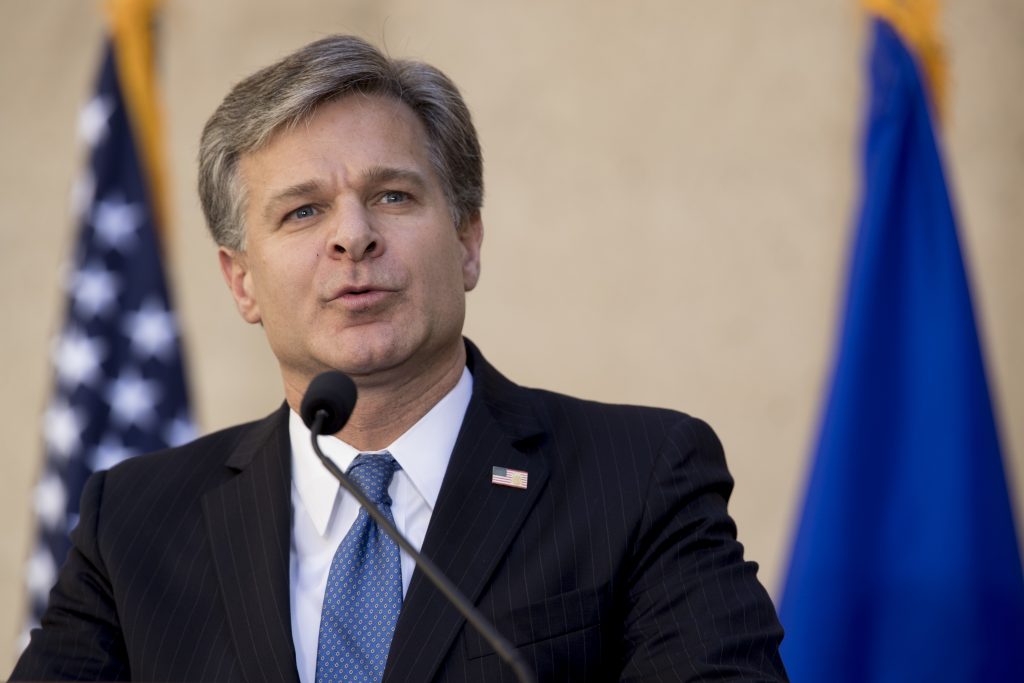 Senators on the Homeland Security Committee questioned Homeland Security Secretary Kirstjen Nielsen and FBI Director Christopher Wray about President Donald Trump’s assertion that China is interfering in U.S. elections and asked if Beijing poses a larger threat to the country than Moscow.

Nielsen told the panel that there were two types of threats to American election security from other nations: hacking or disruption of election infrastructure, which includes voter registration lists or voting machines, and influencing campaigns.

“China absolutely is on an unprecedented – or exerting unprecedented effort to influence American opinion,” Nielsen said. “We have not seen to date any Chinese attempts to compromise election infrastructure.”

Wray went farther when asked whether China posed a larger threat than Russia, whose activities during the 2016 presidential election are the subject of a wide-ranging federal investigation that includes whether Moscow cooperated with the Trump campaign to sway the vote.

“China in many ways represents the broadest, most complicated, most long-term counterintelligence threat we face,” Wray said. “Russia is in many ways fighting to stay relevant after the fall of the Soviet Union. They’re fighting today’s fight. China’s is fighting tomorrow’s fight.”

Trump last month accused China of seeking to meddle in the Nov. 6 congressional elections, saying Beijing did not want his Republican Party to do well because of his pugnacious stance on trade.

“China has been attempting to interfere in our upcoming 2018 election, coming up in November. Against my administration,” Trump told a U.N. Security Council meeting.

Trump made no reference to suspected Russian meddling in the 2016 election and provided no evidence for his allegation about China, which Beijing immediately rejected during the same meeting.

China denied the allegations, as Russia has repeatedly done. Trump has denied his campaign worked with Russians to sway the election that put him in the White House.