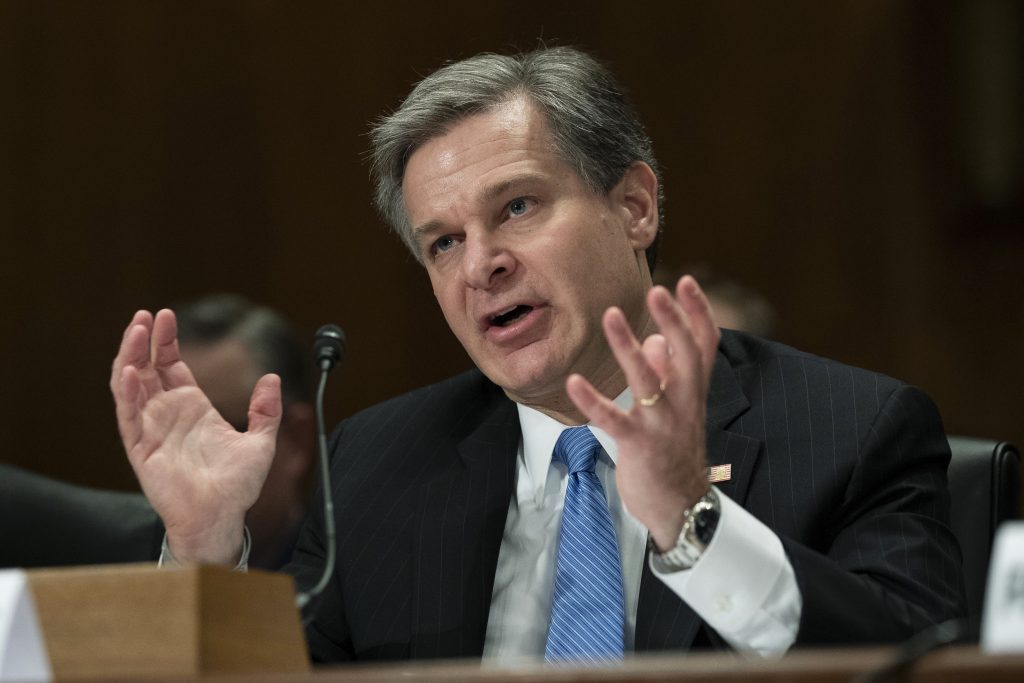 FBI Director Chris Wray said Wednesday that the FBI’s background investigation of new Supreme Court Justice Brett Kavanaugh was limited in scope but that the “usual process” was followed.

Wray’s comments at a Senate committee hearing on national security threats were his first public statements about the bureau’s investigation about allegations into Kavanaugh’s past.

Democrats have complained that the White House constrained the FBI and worked with Senate Republicans to narrowly define the parameters of the investigation, which lasted just a week and did not include interviews with people who said they had relevant information to share about Kavanaugh’s past. The Senate confirmed Kavanaugh to the Supreme Court on Saturday.

Wray, responding to questions from Sen. Kamala Harris, D-Calif., said that unlike criminal investigations, the FBI’s authority in background investigations is determined by the agency that requested it — the White House in this case.

“I think I would say that our investigation here, our supplemental update to the previous background investigation, was limited in scope and that that is consistent with the standard process for such investigations going back quite a long way,” Wray said.

He said at another point that there had been communication between the FBI’s Security Division, which runs the background investigation process, and the White House Office of Security. Wray said he had spoken with “our background investigation specialists and they have assured me that this was handled in the way that is consistent with their experience and the standard process,” he said.

Wray declined to answer a question from Harris about whether the FBI had investigated whether Kavanaugh had lied to Congress under oath.