Israel The Beitar Tragedy – ‘We Didn’t Hear Screaming From the House; It Was Totally Quiet’
Israel 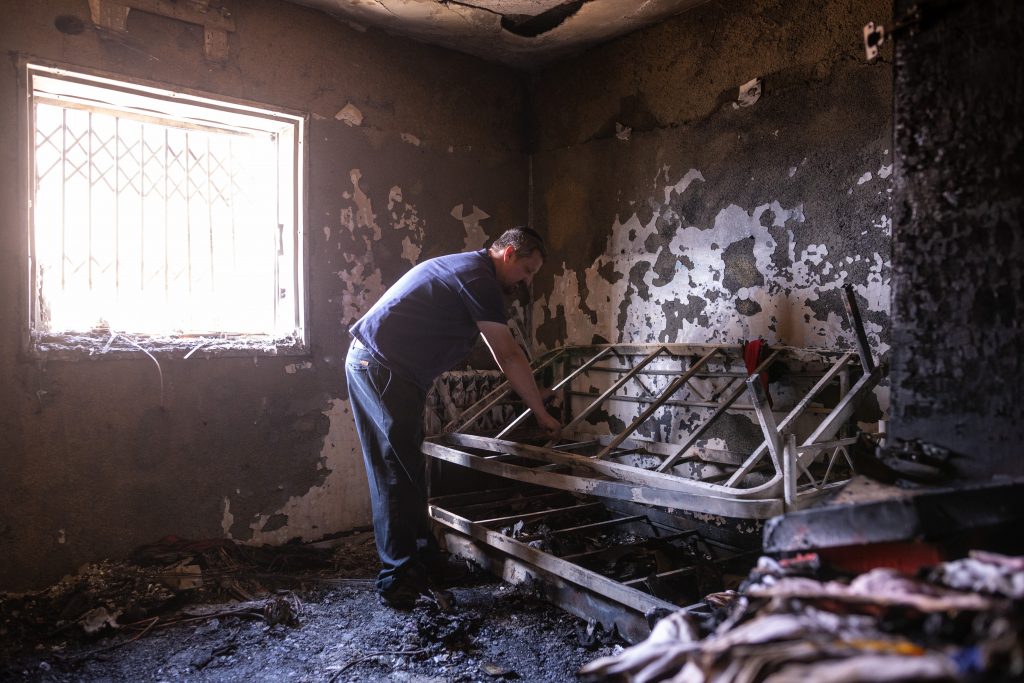 The morning after the horrific tragedy in Beitar Ilit – two siblings, Zvi Ginsburg, 2, z”l, and Efrat, 4, a”h, perished in a fire – the investigation team of the fire department continues to investigate the cause of the fire that broke out Tuesday night in an apartment on Knesset Mordechai Street and claimed the lives of the two children.

Ichud Hatzalah volunteers who arrived at the house related details of the fire that killed the two children.

“We smelled thick smoke, opened the door, and saw the smoke was coming from next door,” said volunteer Itzik Asher, who lives in the next apartment.

The volunteers evacuated the trapped people in the building via balconies of nearby apartments because the staircase was full of smoke. “We managed to rescue about 10 children from the building,” volunteer Yossi Yonah told News 2. “I tried with all my might to enter the Ginsburg home where the fire broke out, but it was no longer possible to enter. We didn’t hear shouts from the house. There was absolute silence there.”

Four firefighting units were dispatched to the scene, evacuating residents from the building and working to put out the fire. A crane was brought from Yerushalayim to help bring the fire under control and rescue people trapped inside the building.

The two children, Zvi and Efrat, were found without signs of life on a balcony that was full of thick smoke.

Meir, a Beitar resident who was one of the first to arrive on the scene, told News 2: “It was impossible to enter the house; everything was black, full of black smoke, so we just climbed up because we saw children, all the windows had children looking out.”

The levayah for the two children will be held Wednesday in Yerushalayim. The family has asked to keep the levayah for family only.

The children are great-grandchildren of the Ponevez Mashgiach, Hagaon Harav Yechezkel Levenstein, zt”l.