Israel After a Night of Border Riots, Israel Sends Diesel to Gaza
Israel 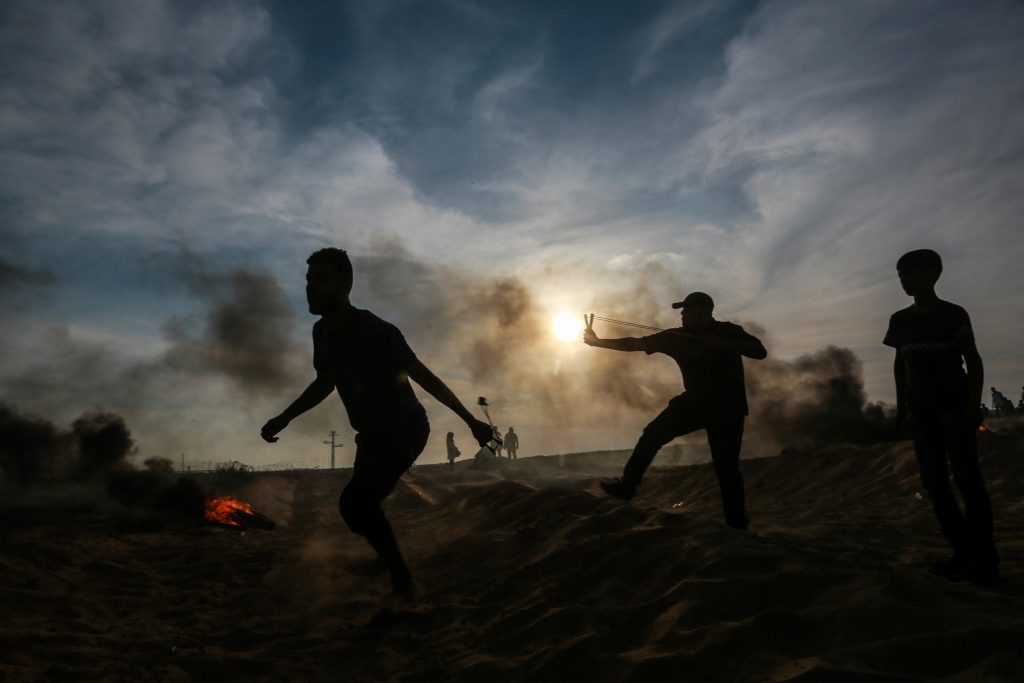 Some 5,000 Gaza Arabs rioted Monday night at the Gaza border fence, one of the biggest crowds of rioters to ever demonstrate at the fence on a weeknight. Several rioters managed to breach the border fence and ran over to the Israeli side, where they burned down an empty IDF outpost. The rioters then scurried back to the Gaza side of the fence, where they continued to throw rocks and firebombs at IDF soldiers.

Eleven rioters were injured as IDF troops used antiriot measures to quell the mob. There were no injuries to IDF soldiers. Gaza Arab terrorists continued their campaign of launching terror balloons and kites at Israeli farms and forests.

Three fires were reported in the Gaza border area Monday, including a large fire that broke out in the Shokeda Forest. Dozens of firefighters were called in to fight that blaze, which they were able to bring under control after several hours.

Meanwhile, Kan News reported Tuesday that Israel had authorized entry into Gaza of at least one truck loaded with diesel fuel. The fuel was paid for by Qatar for use in a power plant built to allow Gazans to get electricity for up to eight hours a day, instead of the four they currently get.

The delivery was made without coordination with the Palestinian Authority. It had originally been set to be made last week, but that delivery never took place – after Israeli fuel firms received phone calls from PA officials, telling them that if they made the deliveries, the PA would stop buying diesel fuel from them, and instead purchase it in Jordan, Walla News reported. In addition, the officials threatened UNWRA workers, who were supposed to physically supervise the transfer of the fuel, not to do so – or “suffer the consequences.”

Gaza sources said that another five trucks are scheduled to deliver diesel fuel, but they are concerned that the PA will take action to prevent the deliveries. The amount of fuel to be delivered by the Israeli firms would have been enough to supply the power plant for the next six months. The deal to transfer the fuel was worked out last week by Qatar’s representative in Gaza, Mohammed al-Amadi, with U.N. Middle East liaison Nikolai Maldenov and Meir Ben-Shabbat, head of Israel’s National Security Council, Walla News said.