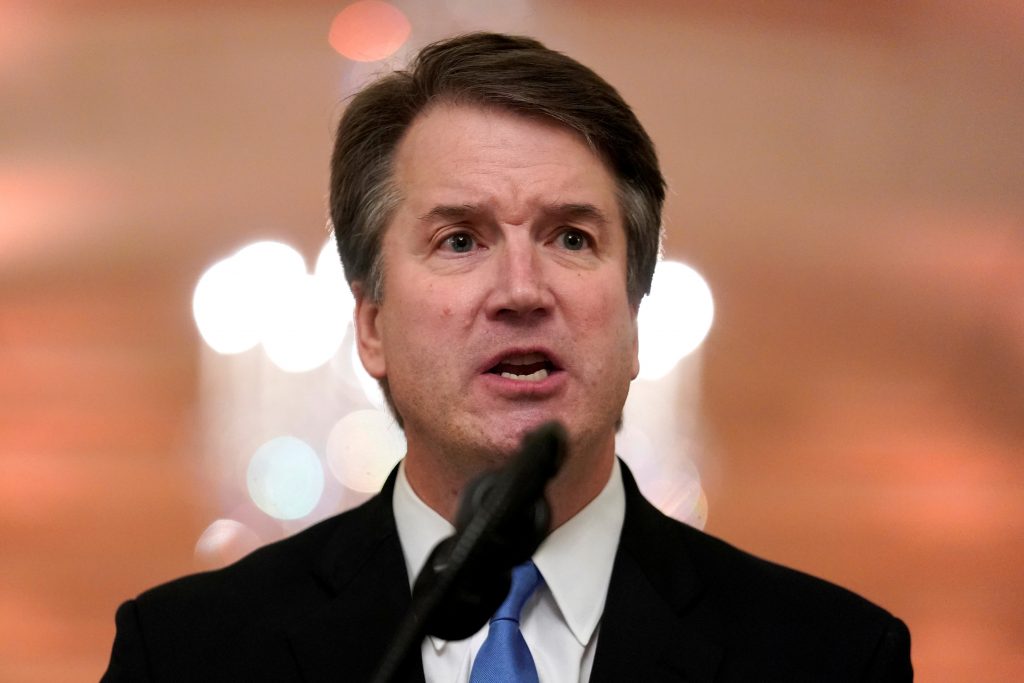 A Supreme Court with a new conservative majority takes the bench as Brett Kavanaugh, narrowly confirmed after a bitter Senate battle, joins his new colleagues to hear his first arguments as a justice.

Kavanaugh will emerge Tuesday morning from behind the courtroom’s red velvet curtains and take his seat alongside his eight colleagues. It will be a moment that conservatives have dreamed of for decades, with five solidly conservative justices on the bench.

Kavanaugh’s predecessor, Justice Anthony Kennedy, who retired in June, was a more moderate conservative and sometimes sided with the court’s four liberal justices. Kavanaugh, in contrast, is expected to wield a more decidedly conservative vote, tilting the court right for decades and leaving Chief Justice John Roberts as the justice closest to the ideological middle.

With justices seated by seniority, President Donald Trump’s two appointees will flank the Supreme Court bench, Justice Neil Gorsuch at one end and Kavanaugh at the other.

Court watchers will be looking to see whether the new justice asks questions at arguments and, if so, what he asks. There will also be those looking for any lingering signs of Kavanaugh’s heated, partisan confirmation fight. But the justices, who often highlight their efforts to work together as a collegial body, are likely to focus on the cases before them.

Republicans had hoped to confirm Kavanaugh in time for him to join the court on Oct. 1, the start of the new term. Instead, the former D.C. circuit judge missed the first week of arguments.

Kavanaugh was confirmed 50-48 Saturday, the closest vote to confirm a justice since 1881, and has had a busy three days since then. On Saturday evening Kavanaugh took his oaths of office in a private ceremony at the Supreme Court while protesters chanted outside the court building.

And on Monday evening he was the guest of honor at a ceremonial swearing-in at the White House. While Trump apologized on behalf of the nation for “the terrible pain and suffering” Kavanaugh and his family had suffered, the new justice assured Americans that he would be fair and was taking the job with “no bitterness.”

Though he missed the court’s first week, none of the six cases argued dealt with blockbuster issues. They included a case about a potential habitat for an endangered frog and another about an Alabama death row inmate whose lawyers argue he shouldn’t be executed because dementia has left him unable to remember his crime. Kavanaugh won’t vote in those cases, but if the court is split 4-4 it could decide to have those cases re-argued so Kavanaugh can break the tie.

As the newest member of the court Kavanaugh will take on a few special jobs. He will take notes for the justices when they meet for private conferences. He’ll also be the one to answer the door at those meetings if someone knocks to deliver something such as a justice’s coffee or forgotten glasses.

He’ll also sit on the committee that oversees the court’s cafeteria, which is open to the public. Chief Justice John Roberts has previously said that assignment is a way of bringing a new justice “back down to earth after the excitement of confirmation and appointment.”