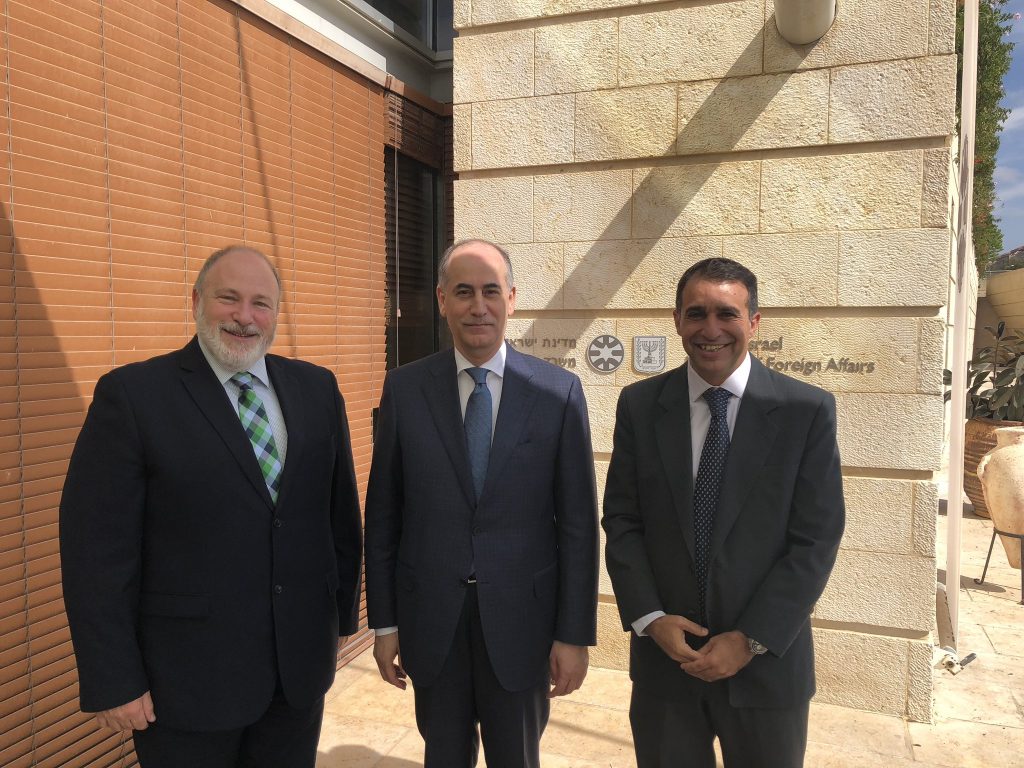 A diplomatic patch-up with Jordan moved forward on Tuesday as the kingdom’s new ambassador arrived in Israel.

Ambassador Ghassan Majali presented a copy of his credentials to the Foreign Ministry on Tuesday. He replaces Walid Obeidat, who served for five years as Jordan’s envoy to Israel.

Majali is a member of a prominent Jordanian family and served from 2013-2017 as Jordan’s ambassador to Spain.

The new envoy’s arrival marks the normalization of bilateral relations following a rupture due to an incident in Amman 15 months ago in which an Israeli guard killed two Jordanians while defending himself from attack.

The Israelis conducted an investigation of the matter, clearing the guard, despite Jordanian demands to put him on trial.

The Jordanians were further incensed at what they regarded as a “hero’s welcome” for the guard from Prime Minister Binyamin Netanyahu.

A month ago, Israel sent its new ambassador to Amman, Amir Weissbrod. Jordan had demanded a replacement for Ambassador Einat Schlein, who had participated in the “hero’s welcome.”

Foreign Ministry Spokesman Emmanuel Nahshon posted a picture on Twitter of Majali at the Foreign Ministry on Tuesday, with the note, “Welcome Ambassador and lots of success!!!”