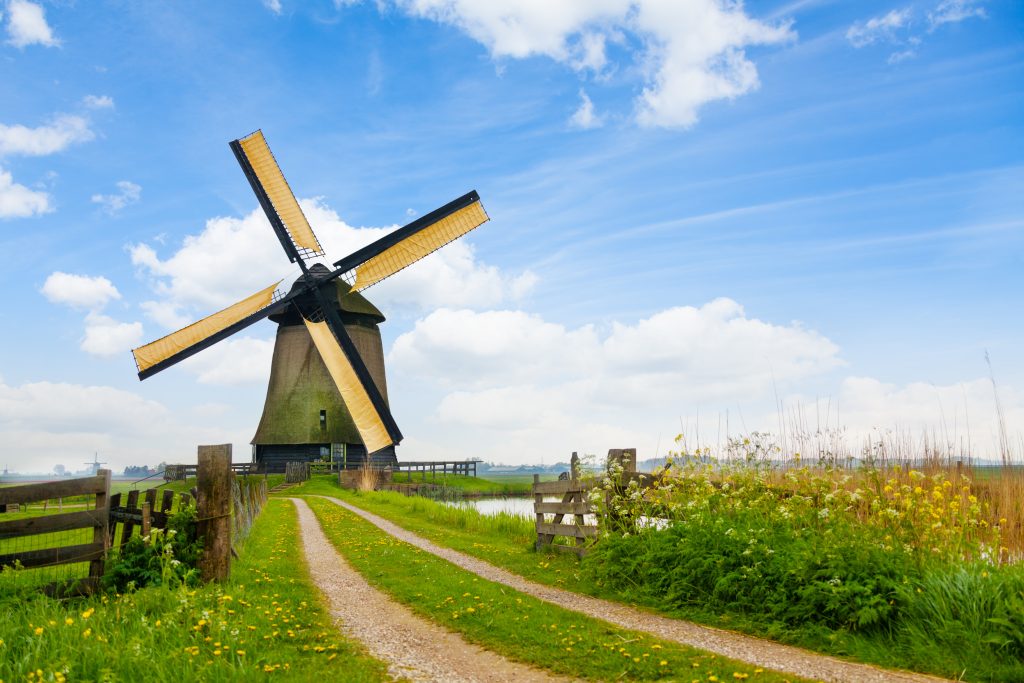 A Dutch appeals court on Tuesday upheld a landmark ruling that ordered the government to cut greenhouse gas emissions by at least 25 percent by 2020 from benchmark 1990 levels.

The Netherlands, known for its historic reliance on windmills and ongoing use of bicycles, already is working to cut emissions, but the court said that the country needs to do more.

“Considering the great dangers that are likely to occur, more ambitious measures have to be taken in the short term to reduce greenhouse gas emissions in order to protect the life and family life of citizens in the Netherlands,” the court said in a statement.

The original June 2015 ruling came in a case brought by the environmental group Urgenda on behalf of 900 Dutch citizens. Similar cases are now underway in several countries around the world.

The ruling came a day after the Nobel Prize-winning Intergovernmental Panel on Climate Change issued an urgent report saying that preventing even just an extra single degree of heat in Earth’s climate could make a life-or-death difference in the next few decades for multitudes of people and ecosystems.

Marjan Minnesma of Urgenda hailed the Dutch ruling as a significant victory that will boost similar legal initiatives elsewhere in the world.

“We won on every single point. And it was a very good explanation of the urgency of what is necessary and that states in industrial countries should do between a 25-40 percent CO2 reduction,” Minnesma said after the ruling.

She said the court “clearly said that climate change is a very urgent problem with enormous risks so the state should do at least the minimum.”

Since the original judgment, a new Dutch government has pledged to reduce emissions by 49 percent by 2030, but it has yet to nail down exactly how to reach that target and how to foot the bill. Urgenda argues that the government — and other countries — need to do more sooner than 2030 to prevent serious consequences of climate change.

Minnesma had a few suggestions for lawmakers, such as lowering the maximum speeds on some Dutch highways and shutting down coal-fired power stations.

The government announced earlier this year that it plans to shutter two of the country’s five coal-fired power plants by 2024 and the remaining three by 2030.

“This statement means that all coal-fired power stations in the Netherlands must be closed more quickly,” said Faiza Oulahsen, campaign leader for climate and energy with Greenpeace Netherlands.

The government appealed the original ruling, saying that it effectively meant a court was formulating government policy. But the court rejected that argument, saying that judges must uphold international treaties such as the European human rights convention to which the Netherlands is a party.

In a statement following Tuesday’s decision, the government said it would study the ruling “with an eye on possible further appeal,” but at the same time pledged to carry out the court’s order. It said a recent assessment suggested that the target of a 25 percent reduction of emissions by 2020 “is within reach.”

The U.N. panel on climate change said Earth’s weather, health and ecosystems would be in better shape if world leaders could somehow limit future human-caused global warming to just 0.9 degrees Fahrenheit from now, instead of the globally agreed-upon goal of 1.8 degrees F.

To limit warming to the lower temperature goal, the world needs “rapid and far-reaching” changes in energy systems, land use, city and industrial design, transportation and building use, the report said. Annual carbon dioxide pollution levels would have to drop by about half by 2030 and then be near zero by 2050.