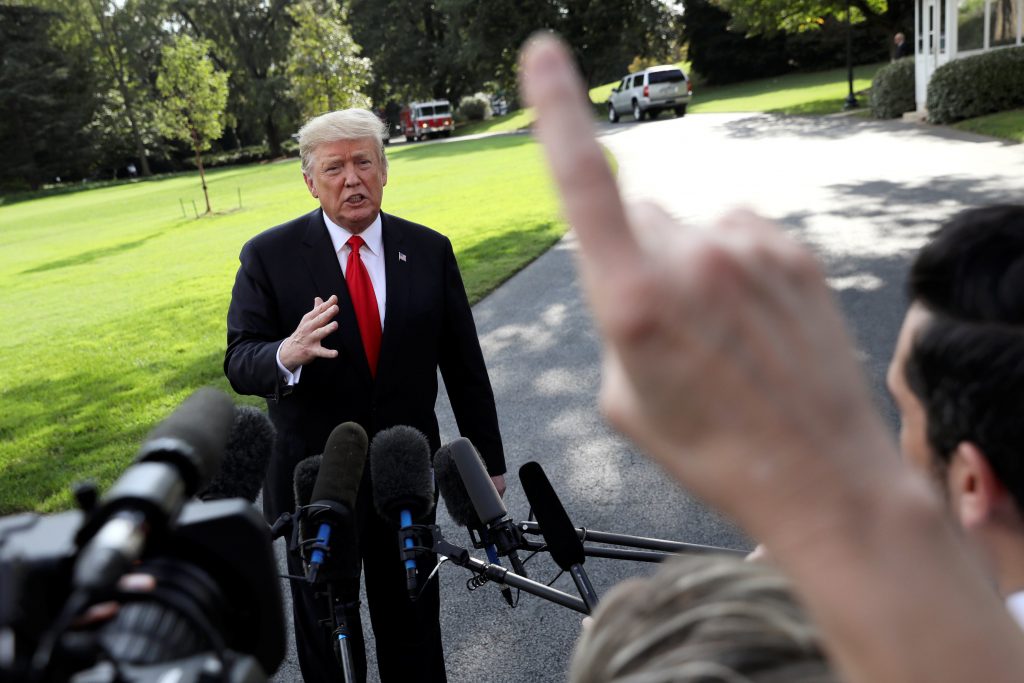 President Trump told reporters Tuesday that he has heard his daughter Ivanka Trump’s name discussed for the post. He says she’d be “incredible” in the role, but he knows if he selected her he’d be accused of nepotism.

Powell served as deputy national security adviser to Trump for most of his first year in the White House, departing in mid-January. She previously worked for Goldman Sachs and served in President George W. Bush’s administration.

Trump and Haley announced Tuesday that she will be departing the administration at the end of the year. The timing of the announcement was surprising, coming just weeks ahead of the midterm elections.

McConnell opened the Senate on Tuesday thanking Haley for her service. The GOP leader called her a “skillful advocate” for the nation’s interests and a “forceful spokeswoman” for its principles.

The top Democrat on the Senate Foreign Relations committee says Nikki Haley’s resignation as United Nations ambassador is “yet another sign of the Trump administration’s chaotic foreign policy.”

New Jersey Sen. Bob Menendez says in a statement he’s “deeply concerned about the leadership vacuum” that will be created by Haley’s departure.

Republican South Carolina Sen. Lindsey Graham tweets he expects Haley will continue to be a “key player” in their party.

The Senate voted overwhelmingly to confirm Haley as U.N. ambassador in 2017. She is a former governor of South Carolina.

U.N. spokesman Stephane Dujarric tells reporters at U.N. headquarters that the U.N.-U.S. relationship, and the relationship between the secretary-general and the U.S. ambassador, is “very critical.”

He says Guterres and Haley had “a very productive and strong working relationship” and “worked hard to promote constructive ties between the United Nations and the United States.”

He adds, the U.N.’s differences with the Trump administration “are open and for all to see.”