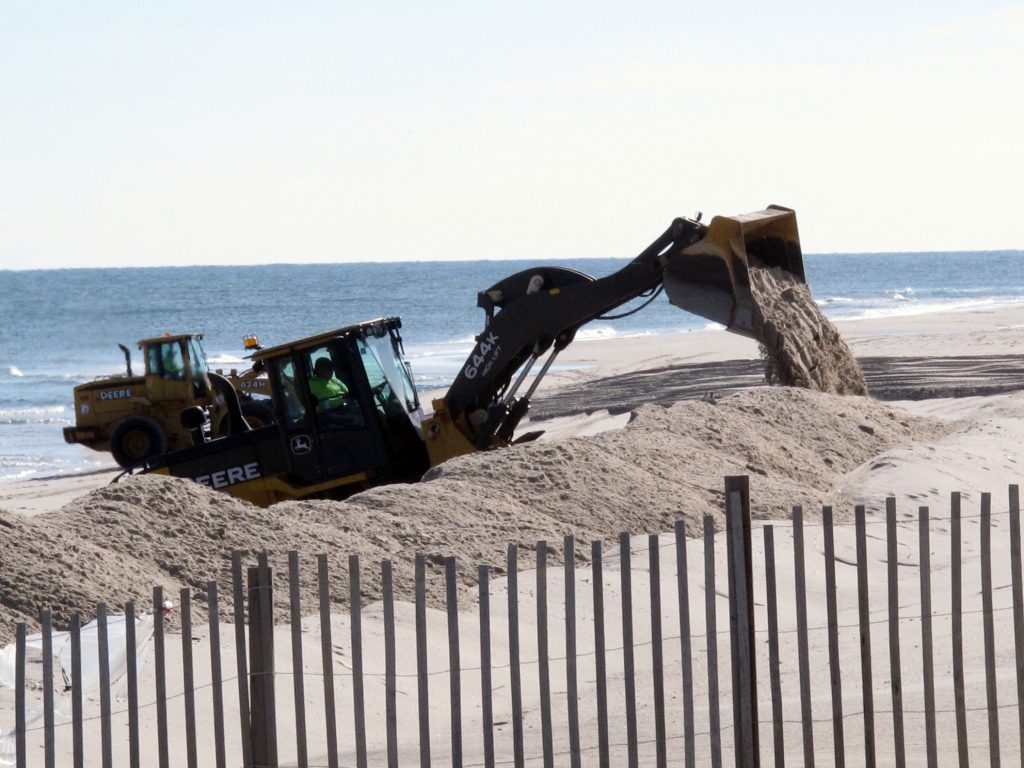 New Jersey is working on a plan to better protect its coast and inland waterways from the effects of sea level rise and severe storms.

The state Department of Environmental Protection said Tuesday it will seek input from residents, businesses and coastal sciences over the next year. The resulting plan will become a blueprint for protecting lives and property by guiding state policies, regulations, resources and funding with sea level rise in mind.

It comes as pockets of the shoreline still have not fully recovered from Superstorm Sandy six years ago, and it attempts to address an issue on which environmentalists and scientists have long sought action.

“Our coast is an ecological and economic treasure, integral to our identity as a state,” said DEP Commissioner Catherine McCabe. “Faced with the realities of global warming and sea level rise, it is imperative that we put in place a cohesive, integrated plan that safeguards this treasure.”

The plan includes grants of up to $200,000 each for four regional planning teams to identify and implement solutions to coastal and river flooding. The regional groups are: Jersey City, Newark, Hoboken and Bayonne; Middlesex County, including Old Bridge, Perth Amboy, Sayreville, South River, Woodbridge and the lower Raritan watershed; Long Beach Island; and the Atlantic City area, including Brigantine, where Sandy made landfall in 2012, Ventnor, Margate, Longport, Northfield, and Pleasantville.

Funding for the regional studies comes from the U.S. Department of Housing and Urban Development’s National Disaster Resilience grant program.

“It’s great that they’re recognizing the need for the state to plan for increased resiliency of our coastal communities,” said Tim Dillingham, executive director of the American Littoral Society. “Digging in your heels and saying you’re ‘Stronger Than the Storm’ is a short-sighted strategy guaranteed to get us in trouble in the future,” he said, referring to former Republican Gov. Chris Christie’s post-Sandy recovery slogan.

Jeff Tittel, director of the New Jersey Sierra Club, called the plan a good start, but said a greater sense of urgency is needed to implement policies that adapt to rising seas. The plan came the day after the release of a study by scientists at Rutgers University and elsewhere that predicted that global average sea levels could rise by nearly 8 feet by 2100, and 50 feet by 2300 if greenhouse gas emissions remain high.