National Kavanaugh Promises to be ‘Team Player’ on Court
National 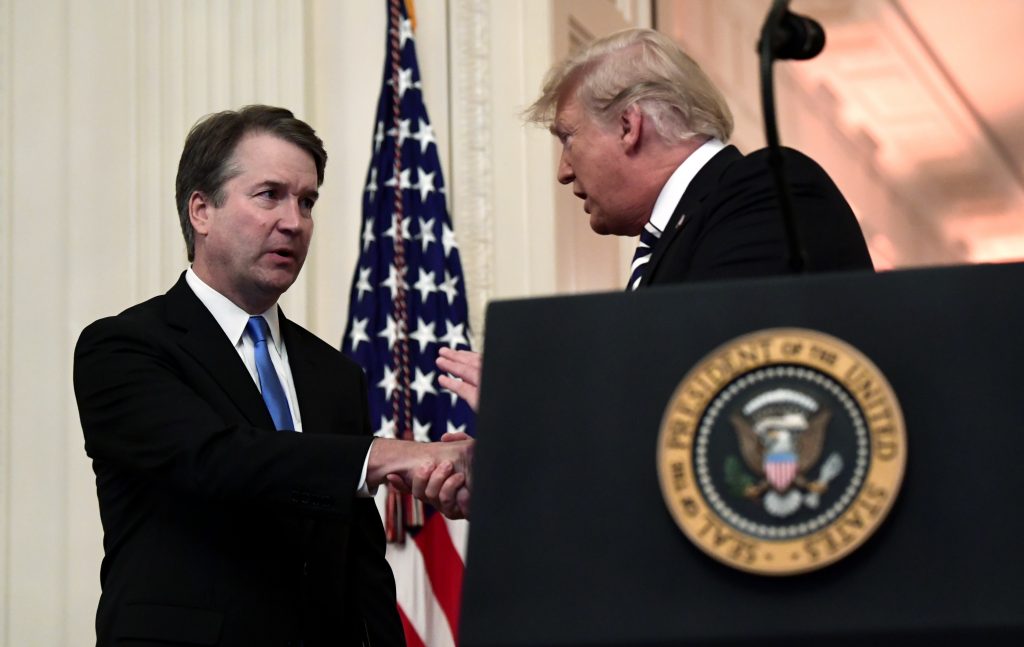 Trump apologized to Kavanaugh and his family for “the terrible suffering you have been forced to endure.” He said that “under historic scrutiny,” Kavanaugh was “proven innocent.”

The bitter partisan fight over Kavanaugh’s nomination became a firestorm after allegations of misconduct emerged involving Kavanaugh. He emphatically denied the allegations.

The other eight justices were all in attendance for Monday’s swearing-in, which is entirely ceremonial. Kavanaugh officially became a member of the high court Saturday. Kavanaugh already has been at the Supreme Court preparing for his first day on the bench Tuesday.

Justice Brett Kavanaugh said the Supreme Court “is not a partisan or political institution,” and promised to “always be a team player on a team of nine.”

Kavanaugh described the confirmation process as “contentious and emotional” but said he has “no bitterness.”

Kavanaugh said all four of the clerks who will work for him at the high court are women.