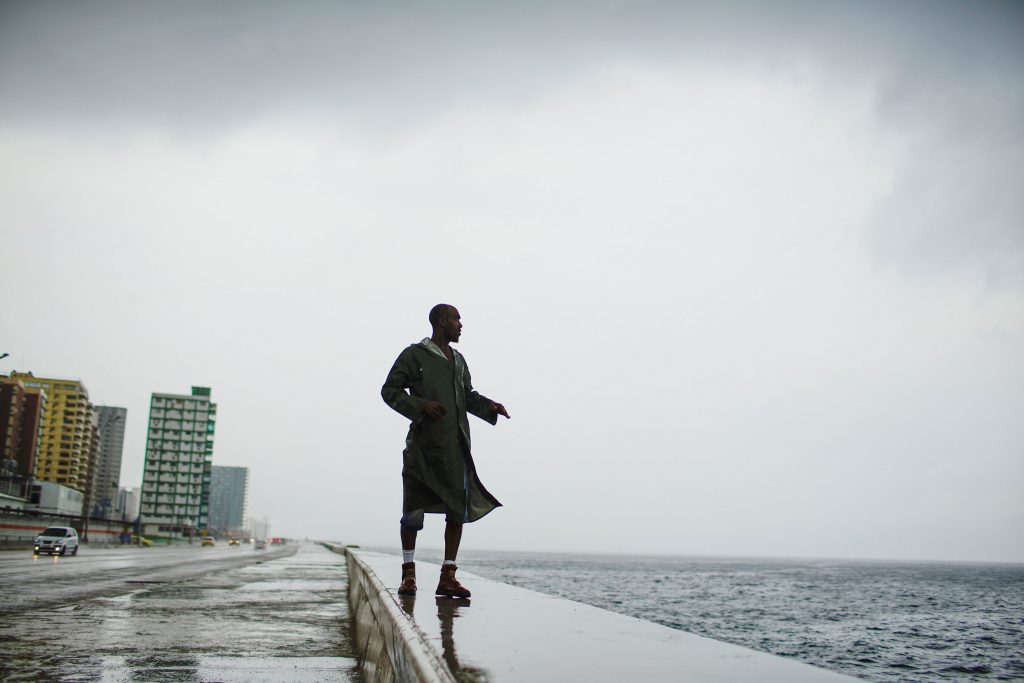 Florida’s governor mobilized National Guard troops and ordered Gulf Coast residents to head inland or evacuate as Hurricane Michael churned toward shore on Monday, with the storm forecast to strengthen rapidly before making landfall on Wednesday.
Michael was expected to strengthen to a major Category 3 storm by Tuesday with winds over 100 miles per hour (160 km per hour), making it one of the most powerful storms to hit the Panhandle of Florida in decades, state officials said.

The storm was expected to bring up to 12 inches (30 cm) of rain with storm surges up to 12 feet (3.7 meters), according to the U.S. National Hurricane Center (NHC). Michael was currently a Category 1 hurricane, at the bottom of the five-step Saffir-Simpson scale.

Florida Governor Rick Scott declared a state of emergency in 26 counties along the Florida Panhandle and Big Bend. Locally ordered evacuations of thousands of homes have begun, with 1,250 National Guard soldiers aiding the process and over 4,000 troops on standby, Scott tweeted.

“The FL panhandle needs to be prepared for a direct hit with sustained hurricane force winds,” Scott wrote on Twitter on Monday. “Hurricane Michael is forecast to be a Category 3 storm when it makes landfall and the impact could be devastating. Get prepared NOW.”

The NHC said in a tweet that a “life-threatening” storm surge and flash flooding is likely in areas of the Florida Panhandle and described the storm as “dangerous”.

As the storm moved north it battered Mexico’s Yucatan Peninsula and western Cuba with drenching rains and winds of up to 80 mph (130 kph), forecasters said.

Heavy rains at the weekend caused 13 deaths in Central America after Michael formed off the coast of northern Honduras.

In Florida, Tallahassee Mayor Andrew Gillum, who is also the Democratic gubernatorial candidate in the Nov. 6 election, canceled campaign events and returned to Tallahassee, the state capital, to focus on storm preparations.

Florida State University said its campuses in Tallahassee and Panama City would be closed from Tuesday through Friday.

Mandatory evacuation orders were issued on Monday for residents in Florida’s Gulf and Bay counties, according to a statement from emergency officials.

Jeff Hanson, the owner of Paisley Cafe in Tallahassee, said he was waiting until Wednesday morning to decide whether he would close the restaurant.

“It depends on what the city says in terms of the people getting around. That’s our biggest concern, if our staff is safe,” Hanson said by telephone.

After hitting Florida, the storm is forecast to move northeast on Wednesday and Thursday along the Atlantic Coast and batter the Carolinas, which are still recovering from Hurricane Florence last month.

Energy companies halted nearly a fifth of Gulf of Mexico oil production and evacuated staff from 10 platforms on Monday as Michael was forecast to become the strongest of three named storms to affect the U.S. Gulf of Mexico this year.