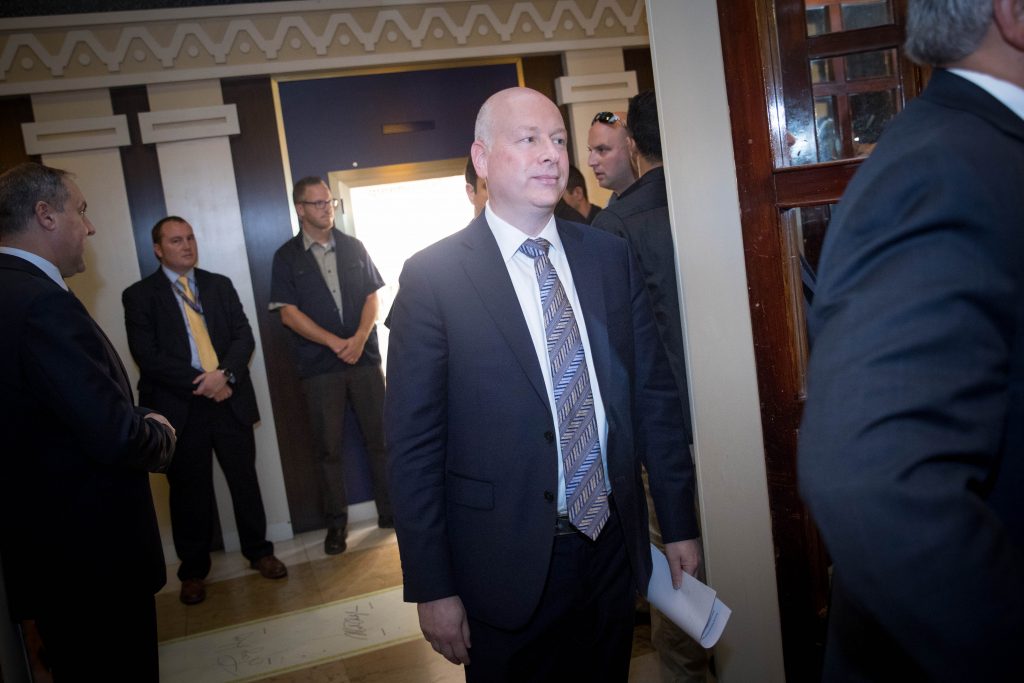 Jason Greenblatt, President Donald Trump’s special envoy for international negotiations, has denied that the U.S. is considering a tripartite confederation consisting of Israel, Palestine and Jordan, according to The Times of Israel on Monday.

Last month, Palestinian Authority President Mahmoud Abbas said Greenblatt and Trump’s senior adviser Jared Kushner sounded him out on such a possibility as part of a larger peace package.

“I said [to Kushner and Greenblatt]: Yes, I want a three-way confederation with Jordan and Israel,” Abbas said at the time.

But, “We’re not looking at a confederation model,” the Times quoting him as saying on the sidelines of the United Nations General Assembly.

Agreeing to speak only in general terms of the long-awaited administration peace plan, Greenblatt said: “It will include a resolution to all of the core issues, including the refugee issue, and will also focus on Israel’s security concerns,” he said. In fact, he added, the proposal will “be heavily focused on Israeli security needs.”

“But we also want to be fair to the Palestinians. We have tried hard to find a good balance. Each side will find things in this plan that they don’t like. There are no perfect solutions,” he said.

A senior U.S. official, speaking on condition of anonymity, said the Palestinians should see President Trump’s comment about his preference for a two-state solution “as an opportunity to start engaging with us.”

“There needs to be a dialogue. No progress will be made if we don’t talk to each other. But we will release the peace plan even if the Palestinian leadership does not talk to us,” the senior administration official said.

“We think the Palestinian people deserve to see it and decide if it is the right path forward. They certainly should not be prevented from seeing it and considering it. The reality is that we are trying to help them achieve a free society. A leadership that blocks this effort is the opposite of what it means to have a free society,” the official added.

He said that in contrast to previous peace proposals, the new one will be “very detailed,” the official added.

“Previous peace proposals were brief and vague, and no one really understood what exactly was meant by some of the terms used. We will present something that will give both the Israeli and the Palestinian people a concrete idea of what a peace deal could look like,” he said.

“It’ll be very specific so that they can tell their leaders what they think about it. In the end, we want people to think about whether our plan can make their lives better and is worth the compromises.”