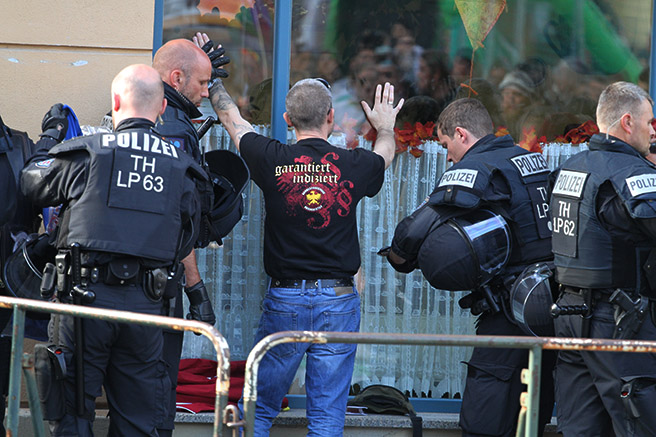 German police ended a far-right concert early after eight officers were slightly injured by neo-Nazis throwing bottles and rocks at them.

The German news agency dpa reported Sunday that some 800 neo-Nazis attended the concert late Saturday in the eastern German town of Apolda, while around 500 people came for a counterprotest, holding vigils and attending a late-night religious service.

Police officers had to use pepper spray and batons when some neo-Nazis tried to break through police barriers.

The eastern state of Thuringia has long been a center for neo-Nazi concerts. Efforts to ban the concert didn’t succeed because the concert’s organizers simply moved to another venue after they were blocked from using their initial site.