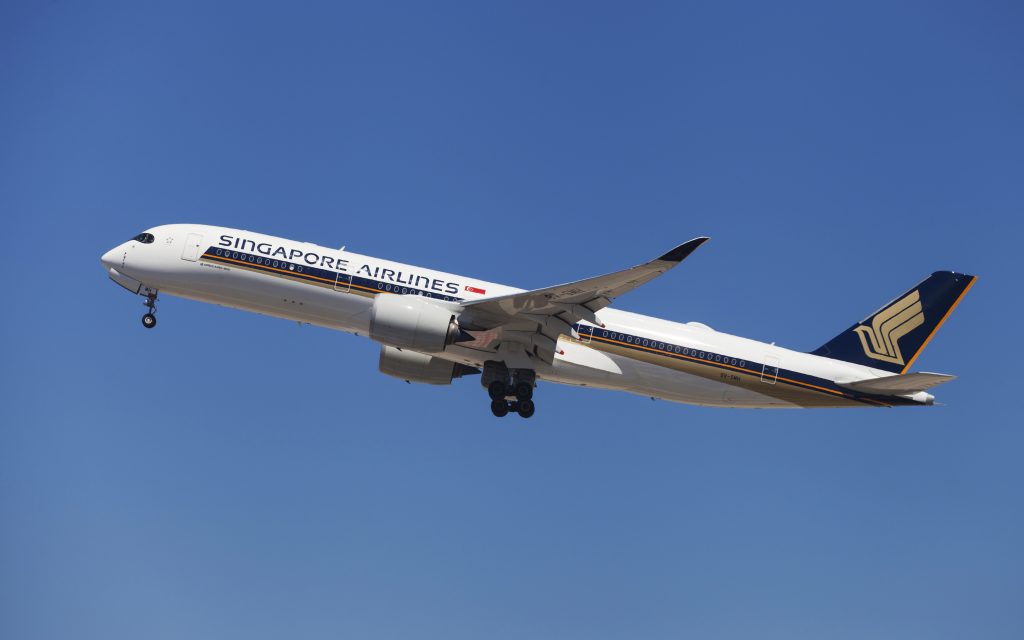 Long-haul flights halfway across the globe are making a comeback even with oil prices close to their highest in four years.

About six months after Qantas Airways started a direct service from Perth, Australia, to London, Singapore Airlines is bringing back its 10,400-mile jump to New York on Oct. 11. That will take the title of the world’s longest commercial flight from Qatar Airways’ route from Doha, United Arab Emirates to Auckland, New Zealand.

Advances in technology and the advent of aircraft that guzzle less and carry more fuel are helping make the Singapore route viable again, five years after $100-a-barrel oil contributed to the demise of the flight, which will take as long as 18 hours and 45 minutes.

Last month, Singapore Airlines took delivery of the first of seven A350-900 Ultra Long Range aircraft that it will use on the route as well as for non-stop services to Los Angeles starting in November. Qantas has asked Boeing and Airbus to design planes that can fly even farther, from Sydney, Australia, to London or New York.

For those wincing at the idea of being cooped up for almost 19 hours in a 220-foot tube at 35,000 feet, here’s what to expect on the flight from Changi Airport to Newark Liberty International.

Forget cattle class. The Airbus jet that will ply the route carries a maximum of 161 passengers, compared with 253 on the airline’s existing A350-900s. That means more space, with 67 flat-bed seats in a 1-2-1 configuration for business class and 94 premium economy places in a mostly 2-4-2 arrangement at the rear.

While the premium-economy seats offer an eight-inch recline, the pitch — the distance between yours and the one in front — is a standard 38 inches, 4 inches less than on some of Japan Airlines’ long-haul flights.

Singapore Airlines says it will serve dishes that try to offset the effect of being stuck in a seat for a day.

As with other Singapore Air long-haul routes, you can eat local favorites such as chicken rice and beef hor fun, or ‘Book the Cook,’ a service that allows you to order dishes like rib-eye steak up to 24 hours before the flight.

And if the airline’s International Culinary Panel of celebrity chefs can’t tempt you, you can always pre-order a burger.

For the internet-addicted traveler worried about being incommunicado for almost a whole day, the flight offers wi-fi, for a price. A business-class ticket gets 30 megabytes of data for free. An additional 20MB costs $6, with bigger packages offering up to 200MB for $28. Singapore Air says data speed could be 4-8 Mbps, depending on active users, satellite coverage and weather conditions.

The four Singapore Airlines pilots (two captains and two first officers) on each ultralong-range A350-900 aren’t allowed to fly to New York unless they haven’t flown for 48 hours prior to take-off. They get extra down time on board, with at least eight hours of rest, compared with 5 1/2 hours on a typical long-haul service, according to Singapore Air. When they land in New York, pilots have three nights off before flying back to Singapore.

The 13 cabin crew members will get at least four hours rest during the flight and two days to enjoy New York before the return leg.

When Singapore Airlines scrapped the previous Singapore-New York flight in 2013, oil was trading around $100 a barrel. With crude prices above $80 again, the carrier is relying more on technology to mitigate the fuel bill.

That means keeping the plane as light as possible.

Lightweight composites including carbon fiber make up the bulk of the A350-900ULR, while new wing tips help reduce drag, Airbus says. The revamped model consumes 25 percent less fuel than aircraft of a similar size and performance, according to Maria Luisa Lucas Ugena, Airbus’s head of A350 product marketing.

The plane has a higher ceiling, bigger windows and a wider body, with less noise in the cabin and LED lighting that is designed to reduce jet lag. Composite-based planes can also tolerate higher cabin pressure, which means more oxygen and moisture in the air, making for a more comfortable flight.

Weight savings alone won’t get the plane to Newark in one hop. Airbus rejigged the fuel system on a standard A350-900 and pumped 17 percent more jet kerosene into the tanks in the wings. The plane can now hold about 43,590 gallons of fuel, or more than 270 gallons per passenger on a full flight. The A340-500s that plied the route until 2013 had 58,870 gallons for only 100 customers.